The Indians were let down by some poor finishing and lack of quality in the final pass within the opposition penalty area. 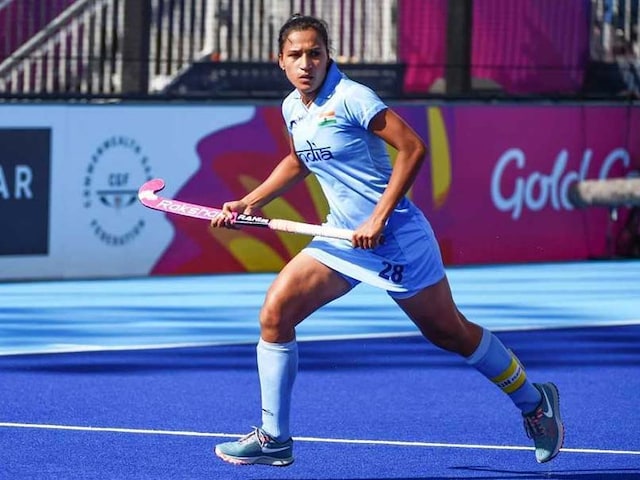 The Indians earned six penalty corners in this match, but could not convert any of those.© Hockey India

India suffered a 0-6 thrashing to England in the play-off for the bronze medal in the women's hockey competition at the 21st Commonwealth Games (CWG) on Saturday. Sophie Bray (44th, 49th, 56th minutes) scored a hat-trick late in the match while Hollie Pearne-Webb (20th), Laura Unsworth (55th) and skipper Alexandra Danson (57th) got the other goals. The Indians were let down by some poor finishing and lack of quality in the final pass within the opposition penalty area. The penalty corner conversion was also totally below par, as it has been throughout the tournament. The Indians earned six penalty corners in this match, but could not convert any of those. The Indians had started the match on a positive note, dominating the opening quarter.

The teams were on an equal footing in the second period as well, but the English players gradually improved their coordination and started to put pressure on the Indian defence.

England took the lead off a penalty corner just before half-time when Hollie beat Indian goalkeeper Savita with an excellent placement into the bottom right corner.

England doubled the lead during the closing stages of the third period when Sophie scored a field goal with a reverse flick which beat Savita for power.

Vandana Katariya created a great chance for India when she beat two defenders with a solo run into the England penalty circle from the right. But her shot was parried by England goalkeeper Madeleine Hinch.

The Indian defence showed a complete lack of coordination on several occasions and the English players took advantage by scoring thrice in as many minutes right at the end.

Laura exploited a defensive lapse to score a field goal to put England 4-0 up with five minutes to go. Sophie completed her hat-trick in the very next minute before Alexandra completed the tally.

Comments
Topics mentioned in this article
CWG 2018 India India Women Hockey
Get the latest Cricket news, check out the India cricket schedule, Cricket live score . Like us on Facebook or follow us on Twitter for more sports updates. You can also download the NDTV Cricket app for Android or iOS.