Commonwealth Games 2018: Bronze For Naman Tanwar, 3 Other Boxers In Finals 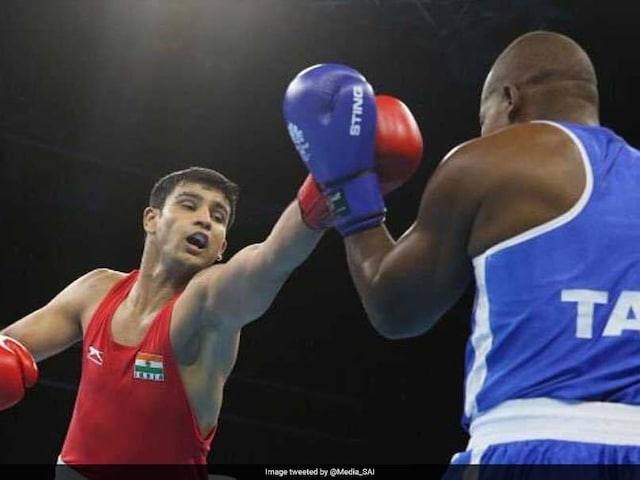 The fast-rising trio of Amit Panghal, Gaurav Solanki and Manish Kaushik notched up contrasting victories to enter the finals but teenager Naman Tanwar settled for a bronze medal in the 2018 Commonwealth Games boxing competition on Friday. Manish, competing in the lightweight 60kg category, edged past Northern Ireland's James McGivern in a closely-contested bout to emerge 4-1 victorious. The 22-year-old, who claimed a gold medal at the Asian Games test event, was at the receiving end of some clean hitting by McGivern but did just enough to get the judges' nod.

"I will be fighting the Aussie (Harry Garside who has qualified for the final). Coach has told me focus on my opponent's mistakes and deliver," he said after the bout.

His opponent today, meanwhile, seemed livid at the decision.

"The bronze medal can stay in Australia, I don't do bronze medals," McGivern said after leaving the ring.

In the flyweight 52kg category, Solanki got the better of Sri Lanka's V Ishan Bandara, overcoming a sluggish start, which included being at the receiving end of two eight counts in the first round itself.

"Sometimes in boxing these things happen, but by the second round I felt much more in control," he said.

"I have a good team behind me and now I'm preparing to take the gold," said the Games debutant, who will square off Northern Ireland's Brendan Irvine in the summit clash.

"It was very comfortable for me. I used my left a lot as it is my strongest punch," he said.

However, the 19-year-old Naman lost to crowd favourite Jason Whateley in another exciting contest in the heavyweight 91kg category.

This was Naman's biggest performance since the bronze medal claimed at the youth world championships.

Comments
Topics mentioned in this article
Boxing CWG 2018 India Shooting
Get the latest Cricket news, check out the India cricket schedule, Cricket live score . Like us on Facebook or follow us on Twitter for more sports updates. You can also download the NDTV Cricket app for Android or iOS.