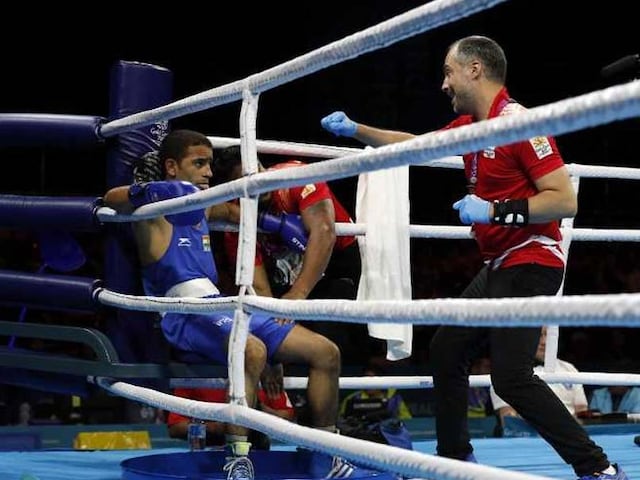 Amit Panghal register a 4:1 victory over Aqeel Ahmed of Scotland in the quarter-finals.© AFP

Indian boxer Amit Panghal defeated Aqeel Ahmed of Scotland to enter the semi-finals of the men's light flyweight (49 kilogram) category at the 21st Commonwealth Games (CWG) on Tuesday. The Indian boxer register a 4:1 victory over Ahmed in the quarter-finals. Amit has now ensured a medal for India as those in the last fourth stage are assured of a place on the podium. Despite the final verdict, it was by no means an easy victory for Amit.

The opening round was evenly matched with both boxers maintaining a high tempo. Amit found it difficult to penetrate Aqueel's defence and land blows to the head.

Amit did better in the second round, changing his tactics by landing more body shots and attacking his opponent's defence from different angles.

The Indian dominated the third round, putting Aqeel under pressure with his superior hand speed and feet movements.