The official guide to the Games, which profiles the 71 participating nations and territories and was published ahead of Wednesday's opening ceremony, claims England's capital is Banjul. 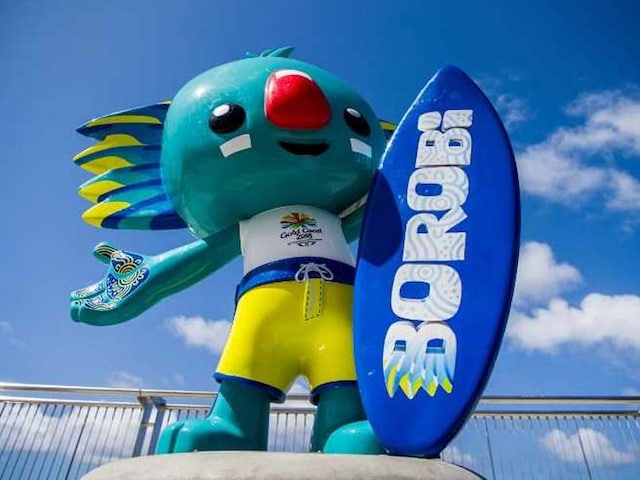 England were somehow confused with Gambia in the official CWG programme.© AFP

Brexit appears to have come early for England at the Commonwealth Games as it was listed as an African country with a population of two million in the official programme. Australian organisers sought to make light of the embarrassing gaffe after England were somehow confused with Gambia, a West African nation which rejoined the Commonwealth in February after leaving in 2013.

I bought a @GC2018 official programme at yesterday's brilliant Opening Ceremony Dress Rehearsal. The programme editor may want to re-proof p97... Looks like Gambia's stats have been accidentally copied to @TeamEngland ?! #whoops pic.twitter.com/FJIc8P4GCF

Hi Mark, we're aware of a formatting error in the England team overview section of the official GC2018 Program. The late addition of The Gambia to #GC2018 required re-formatting at the last minute at the printers, causing the error. We apologise. Thanks, Kelly-Ann

"There was an overprint," said Mark Peters, chief executive of the Gold Coast Games.

"We found out about it maybe 10 days ago.

"We went and spoke to England and said, 'Congratulations, the Commonwealth's changing and it has since Brexit, and you are now a part of Africa'.

"Sometimes you make mistakes and we copped it."

The official guide to the Games, which profiles the 71 participating nations and territories and was published ahead of Wednesday's opening ceremony, claims England's capital is Banjul.

It does correctly list England's "magical moment" as the "miracle mile" of 1954 when Roger Bannister beat Australian John Landy with both men running a mile in under four minutes -- the first time two athletes had done so in the same race.

But it also says that England joined the Games in 1970, which was the year Gambia became a republic within the Commonwealth.

English officials apparently saw the funny side and declined an offer from organisers to tear up the guides and undergo a reprint, due to cost.

"They implored us not to do that," said Peters. "We are actually doing a special reprint of 500 to give to the English and the Commonwealth Games Federation to make sure that in terms of records, that's done correctly."

He added: "They're going to be so valuable after the Games because of that mistake."

Asked if she would welcome England to become part of Africa, Ghana hockey international Nafisatu Umaru replied: "Yes, we humbly do. England will be part of us and they're part of the reason we're in the Commonwealth Games."