Australia celebrated its ancestry and native traditions in a soul-stirring Commonwealth Games opening ceremony but protests by indigenous aboriginals against the very idea of Commonwealth came as a poignant reminder of the unforgotten colonial brutalities. 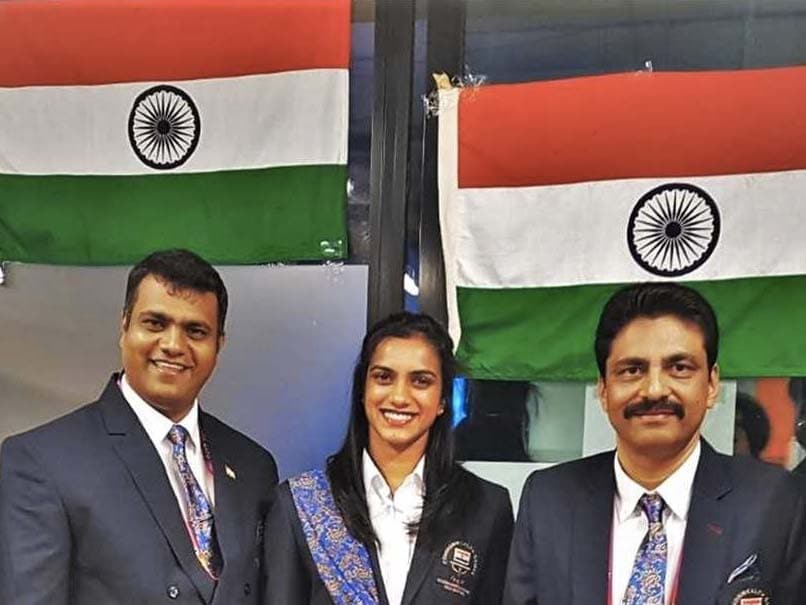 Australia celebrated its ancestry and native traditions in a soul-stirring Commonwealth Games opening ceremony but protests by indigenous aboriginals against the very idea of Commonwealth came as a poignant reminder of the unforgotten colonial brutalities. Ironically, Australia's aboriginal heritage was the central theme of the ceremony which lasted a little over two hours under overcast and often drizzling skies. The buzz that seemed lacking in the build-up to the Games was very much there during the ceremony, attended by the British Royals, as Gold Coast turned out in numbers to welcome 71 nations of the Commonwealth.

The Indian contingent, led by flag-bearer Olympic silver-medallist P V Sindhu walked out to a warm reception from the nearly 25,000 strong crowd which filled up the stadium that will also host the athletics event as well.

The Indians ditched tradition for comfort in the ceremony, marching out in blazers and trousers rather than the conventional sarees and bandhgalas.

But the festivities inside could not completely overshadow the protests by aboriginal groups, who raised slogans and blocked the Queen's Baton Relay for close to an hour at The Spit area of the city.

They protested against the brutalities committed during Britain's occupation and insisted that the country should have nothing to do with the Commonwealth, given the land and a generation that was "stolen" by the colonial masters.

The party went on nonetheless and the ceremony began with a countdown sequence that welcomed the visitors to the "oldest living culture in the world" and went on to pay tribute to Australia's heritage before the European invasion.

"It is fitting that the Commonwealth Games is known as 'The Friendly Games' as one of the world's friendliest countries has invited us into their homes for this momentous sporting event," said Prince Charles, representing the Queen at the ceremony, before declaring the Games open.

Accompanied by his wife Camilla Parker Bowles, Prince Charles walked along the parade track, cheered on by a packed stadium. The Royal couple had landed in Brisbane this morning.

They were welcomed warmly as they walked with two Yugambeh Elders, Ted Williams and Patrica O'Connor. Yugambehs are an aboriginal tribe, who number a mere 10,000 in Australia but are a symbol of Australia's indigenous past.

In fact, it was all about revisiting the past as the ceremony paid an emotional homage to the Australian heritage, especially the aboriginals, the indigenous people who suffered massively after the European invasion in the country.

A skycam was launched to the soundtrack of a soaring eagle to reveal an aboriginal family in the stands. A young girl in group used a smartphone to activate a digital countdown superimposed over a sky full of stars.

The aboriginal family in the stands was Delvene Cockatoo-Collins, who designed the medals for the Games. Her niece Isabella Graham activated the countdown which took off from 65,000 years.

Most of the countdown passed in a blur and when it ended, a burst of pyrotechnics created a blue dome of light, representing planet earth at the center of space.

What followed was an imaginative celebration of the past, present and future of Australia and most notably, the way of life at 'the surfers' paradise' of this magnificent city.

It went back to the time when Australia was connected to Antarctica, represented by a white whale Migaloo, which migrates an arduous 12,000km from Antarctica to North Queensland every year to mate and give birth.

One of the most touching moments of the ceremony was when childhood abuse survivor Damien Rider was revealed one of the last baton-bearers before it reached the Carrara Stadium.

Rider is a celebrated campaigner against child abuse here and broke three world records while paddling 800km from Coolangatta to Bondi on his board. His 17-day effort made him a recognised face Down Under.

Share the Dream -- Gold Coast had been asking its inhabitants and visitors before the Games and though that dream did not find resonance with some, it did have quite a ring among those who braved the rain to celebrate the Aussie spirit.

Listen to the latest songs, only on JioSaavn.com
Comments
Topics mentioned in this article
Other Sports CWG 2018
Get the latest updates on T20 World Cup, check out the T20 World Cup Schedule and Live Score . Like us on Facebook or follow us on Twitter for more sports updates. You can also download the NDTV Cricket app for Android or iOS.