No Recognition in Sight, CWG Gold Medallist Jitu Rai Mulls Migration From UP

Even after winning three World Cup medals in nine days in June this year besides the recent Commonwelath Games 2014 gold, Jitu Rai remains an anonymous figure in Lucknow and has got little due in the last 8 years of his stay in the city. 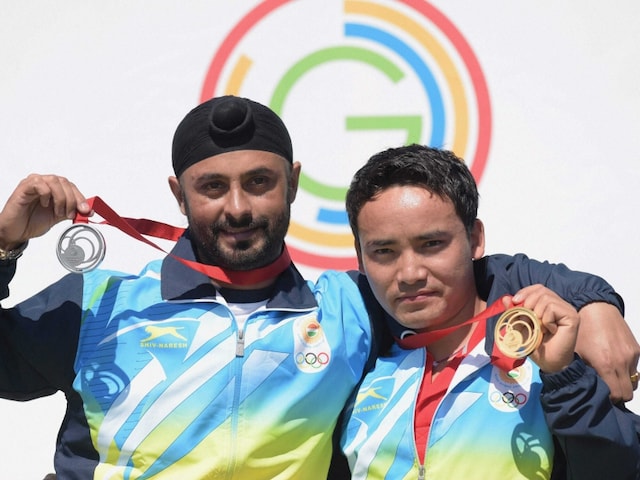 Ace shooter Jitu Rai may have added a Commonwealth Games gold to his ever-increasing tally of medals but the Lucknow-based 'Pistol King' is unhappy with the Uttar Pradesh government's ignorance towards his achievements and is mulling migration from the state.

Even after winning three World Cup medals in nine days in June this year, Rai remains an anonymous figure in Lucknow and has got little due in the last 8 years of his stay in the city.

"I was the only shooter representing UP in the 2011 National Games in Jharkhand, I have represented UP in six national shooting championships but still they have doubts, confusion regarding my affiliation," Jitu said.

"I have been living in Lucknow since 2006 and it is my home. I really feel sad, very sad that I did not get the recognition I probably deserved from UP for winning so many medals and bringing laurels to the state."

Rai kept his reputation intact by clinching the gold medal in the recently-concluded Glasgow event, with a new CWG record.

The option to move out of Uttar Pradesh is open for the 25-year-old Nepali.

"Now I will probably refuse to accept their prizes and rewards. I am contemplating requesting other states. If they don't want to recognise my achievements they can tell me, I might represent some other states. Look at Haryana, Punjab."

"I have all the documents with me, the address in my passport says Lucknow's 11 Gorkha Regiment Recruitment Centre, what else can I do? Why are they behaving like this, why the confusion? Instead, they instead should encourage and motivate me to do better," said Rai.

World number 4 Rai gave ample display of his class by taking the honour in the men's 50m pistol event. He took no time in asserting his authority and taking control of the proceedings.

The shooter is now looking forward to the World Championships, to be held in Granada, Spain, from September 6. The tournament assumes significance as 64 quota places for the 2016 Rio Olympics will be up for grabs.

"I am not thinking too far ahead but I would love to earn a quota place for Rio in the World Championships itself, that is my priority number one. Like CWG, it is my first World Championships where top players will compete and it is going to be tough."

"Our camp is starting at the Karni Singh Ranges from Saturday and once I start practising again I will be able to get a better idea of how I am feeling. My confidence is high right now," added Rai.

"And obviously, I would also like to win another medal at the upcoming Asian Games, again my first appearance."

NB Sub Rai along with fellow shooter NB Sub Gurpal Singh, who had won a silver in the same event in Glasgow, were accorded a warm welcome by the officials of Army Marksmanship Unit (AMU) in Mhow, Madhya Pradesh.

A team of AMU led by Sub Maj CK Chowdhry reached Indore airport to receive the medal winners. AMU commanding officer Col Lalit Sharma and officials of all ranks welcomed the promising shooters and felicitated them.

Earlier in the year, Rai had won the 10m Air Pistol Men event at the ISSF World Cup in Maribor, just two days after winning silver at the 50m Men's Pistol final, and just nine days after claiming a silver medal at the previous World Cup stage in Munich in June.

Comments
Topics mentioned in this article
CWG, 2014 Shooting
Get the latest updates on IPL 2020, check out the IPL Schedule for 2020 and Indian Premier League (IPL) Cricket live score . Like us on Facebook or follow us on Twitter for more sports updates. You can also download the NDTV Cricket app for Android or iOS.