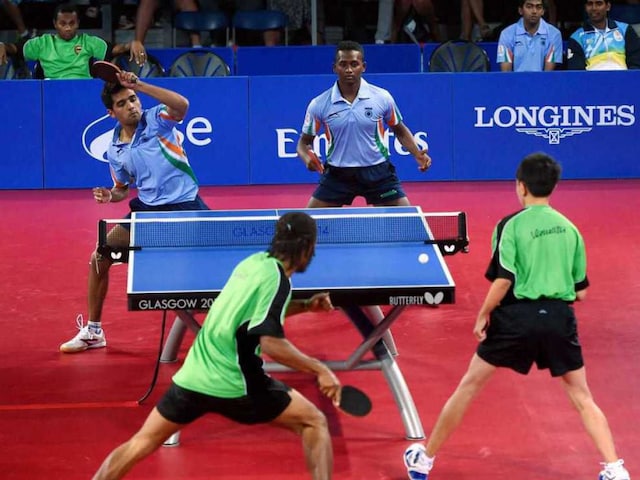 India's Sanil Shetty and Amalraj Arputharaj in action against Vanuatus Yoshua Shing and Alan Lin during the Table Tennis men's Team event at the Commonwealth Games in Glasgow, Scotland on Thursday.© PTI
Glasgow:

Indian men and women's table tennis teams made a comfortable start at the Glasgow Commonwealth Games, defeating Vanuatu and Barbados respectively at the Scotstoun Sports Campus here on Thursday.

Shamini then teamed up with Madhurika for the doubles rubber, taking place for the first time at the Games.

The third seeds next play Northern Ireland later on Thursday.