Debutant Neeraj Chopra is one of a handful of Indian track or field athletes who has a realistic chance of a podium finish. 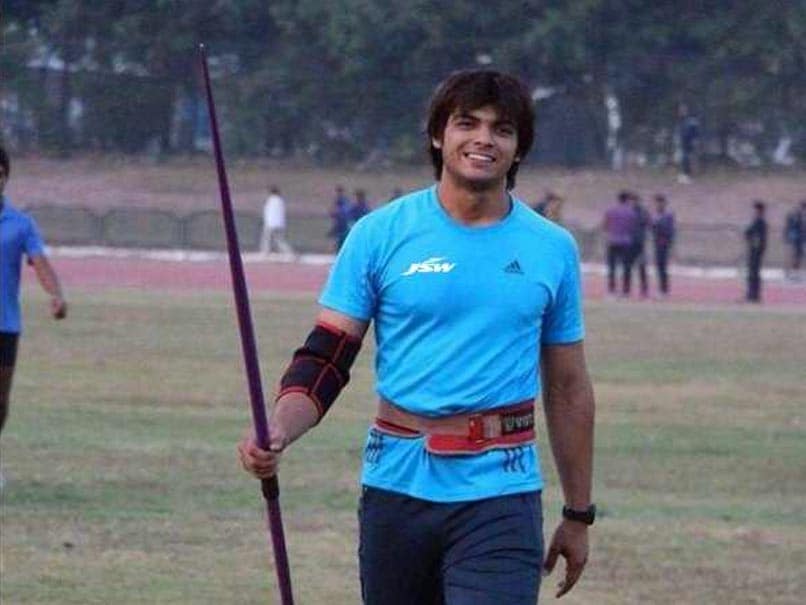 Javelin thrower Neeraj Chopra is one of the favourites to win a medal in the upcoming CWG.© NDTV

India's acejavelin thrower Neeraj Chopra is one of the favourites from India's athletics team to win a medal in the upcoming Commonwealth Games. The 20-year-old Chopra is a junior world record holder with a personal best of 86.48 metres in 2016. He came up with this record in Poland where he won gold in the Junior World Championships. He is also making his Commonwealth debut this year.

Chopra looks primed to flourish at the Gold Coast Games as he is hoping to better his personal best this year after failing to do so last season. His 3-month off-season stint in Offenburg, Germany under renowned coach Werner Daniels will definitely give him an edge in the CWG.

"It was more about strength training, strength building in Offenburg and I feel I have achieved with what I have set out before the German stint. I have improved in my core strength and I feel I am stronger than before," he had told a prominent news agency.

The athlete from Haryana is of the belief that if he is able to get nearer to his personal best, he will end up winning a medal in the April 4-15 CWG as well as the Asian Games in August-September.

"After I set the junior world record in 2016, I could not improve upon my personal best in 2017. My target this year to consistently throw above 85m mark and do better than my personal best. I feel I can do that at Gold Coast and win a medal for my country. That will be my first medal in a big multi-sporting event," he said.

Chopra had an 85.63m effort in Patiala for his best of the season last year. He won the Asian Championships gold in Bhubaneswar. He also participated in three Diamond League series events, finishing fifth in one. However, his London World Championships didn't yield him any plaudit after he failed to make it to the final round with the best effort of 82.26m.

Chopra did win a silver medal at a competition in Offenburg where he recorded an impressive score of 82.80m to finish second behind world champion Johannes Vetter of Germany. This performance will surely have helped Chopra's confidence a great deal.

Chopra was in Germany until the first week of last month and he bagged silver at a competition in Offenburg where he hit 82.80m to finish second behind world champion Johannes Vetter of Germany.

India will look to better their track and field medal tally from the 2014 Glasgow games where they won three medals (1 gold, 1 silver, 1 bronze). 32 track and field athletes had represented India in 2014 in comparison this year's 31 participants. If India wants to better their medal count, a lot will be riding on our junior world-record javelin thrower.

Comments
Topics mentioned in this article
Athletics Commonwealth Games 2010
Get the latest updates on IPL 2021, check out the IPL 2021 Schedule and Indian Premier League Live Score . Like us on Facebook or follow us on Twitter for more sports updates. You can also download the NDTV Cricket app for Android or iOS.