Langer said it was a good learning experience for his young side to play in the CLT20 in the sub-continent. 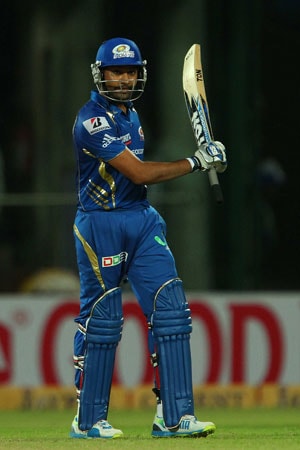 Perth Scorchers coach Justin Langer was effusive in his praise for "star-studded" Mumbai Indians and said the presence of match-winners proved to be the difference between the two teams in the Champions League Twenty20 match here on Wednesday.

Riding on Rohit Sharma's blistering 51 not out and Dwayne Smith's 23-ball 49, Mumbai Indians booked their berth in the semi-finals of the CLT20 after an emphatic six-wicket victory over Perth Scorchers at the Feroze Shah Kotla Stadium.

"We got a lot out of the game. Mumbai Indians is a team of superstars; they have incredible talent, and got the win they wanted in the required number of overs. When you have the stars that Mumbai Indians have, they are always going to run the show," Langer said at the post-match press conference.

"Mumbai are dangerous because they have so many superstars. In Twenty20 cricket, it's the match-winners that make the difference and we saw that tonight. Obviously Dwayne Smith batted beautifully, Harbhajan Singh bowled beautifully, Kieron Pollard did not make too many runs but he is always dangerous, Sachin Tendulkar missed out but Rohit, that was an incredible innings. So they have a lot of stars. They are dangerous side," added Langer.

He, however, seemed satisfied with the early dismissal of senior India batsman Tendulkar for nought.

"It was good to get Sachin early. That was a big wicket," he said. (Also read: Rohit hopes Sachin fires in semi)

Langer said it was a good learning experience for his young side to play in the CLT20 in the sub-continent.

"We always work on grooming our young players. We have system back there in Australia to groom our guys. It's good for them they got to play in an important tournament like Champions League," he said.

Sam Whiteman, who played an important knock of 32-ball 51 in the Perth innings, said it was disappointing not to make it to the semifinals.

"It was a decent target but they batted well. It was a disappointing result for us but we enjoyed out there."