Vijender Singh's Next Professional Fight In Dubai On November 22, Opponent Yet To Be Named

Vijender Singh will go into the bout in Dubai with an 11-0 unbeaten record. 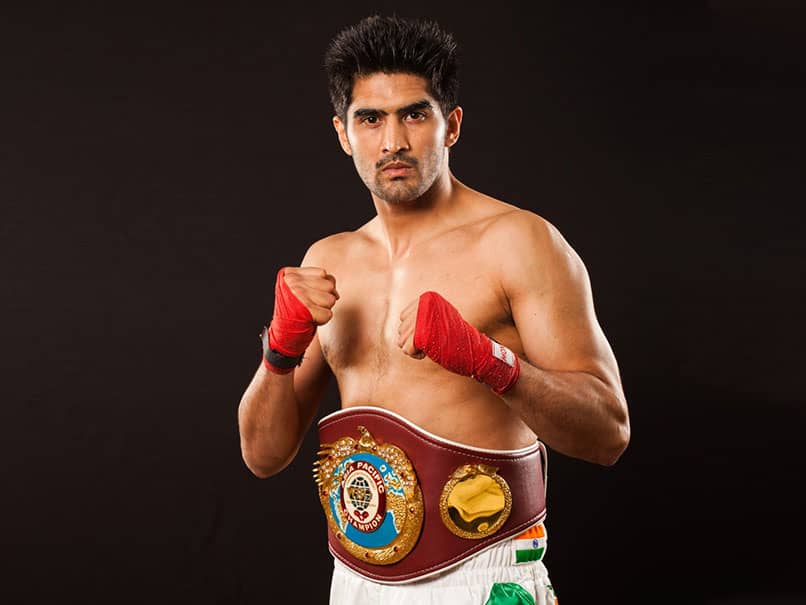 Vijender Singh's fight will happen at the Caesars Bluewaters in Dubai.© Press Release

Indian boxing sensation Vijender Singh's next fight will be at the Rotunda Rumble event in Dubai on November 22. The fight will take place at the Caesars Bluewaters in Dubai, according to a press release. The hard-hitting super-middleweight will look to extend his unbeaten record on a stacked card promoted by Ahmed A.Seddiqi's Round 10 Boxing and MTK Global. Vijender Singh's last match was on the US professional circuit in July, when he defeated American boxer Mike Snider with a Technical Knockout.

"This is a wonderful opportunity for me to showcase my skills and to keep active as I continue my world title quest," Vijender Singh said about his upcoming fight in Dubai.

"I was proud of my last performance back in July, but I was coming off a long layoff. I am rounding into form, and fans are going to see the best version of Vijender Singh when I fight in Dubai," he said.

Vijender Singh holds an 11-0 unbeaten record in professional boxing. He is currently training in Manchester under his trainer Lee Beard to put up a strong performance in Dubai.

Vijender will go to Dubai on the back of his American debut fight, in which he defeated Snider. The match was delayed due to an injury to Vijender but he came back strongly to claim his 11th straight win in professional boxing.

"It was excellent getting back in the ring after a long time off. I am really happy for my winning debut in USA," Vijender had said after the bout.