Mustafizur Rahman was the Player of the Series in the three-match ODIs between India and Bangladesh, that the latter won 2-1. The rookie pacer took 13 wickets, with a best of six for 43. 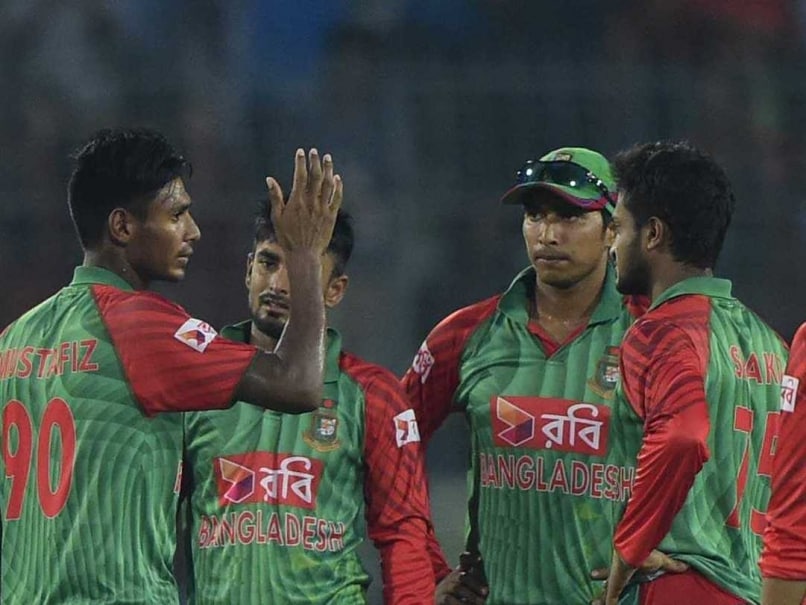 Mustafizur Rahman emerged Player of the three-match ODI series between India and Bangladesh that concluded on Sunday. The rookie left-arm seamer, who took former world champions India by storm, can play for "at least 10-15 years for Bangladesh" and will find his place under the IPL sun, feels Bangladesh's ODI skipper Mashrafe Mortaza. (We can win anywhere, says Bangladesh captain)

Mustafizur made his ODI debut against India in Mirpur on June 18. It was a memorable game for the 19-year-old. Mustafizur single-handedly destroyed India with five for 50, becoming only the second Bangladesh bowler to pick a fifer on debut. India lost the game by 79 runs. ('Pressure of Banglawash hurt us in final ODI')

Bangladesh rode Mustafizur's novelty as India's top batsmen failed to read his line and length. He took 13 wickets to set a record for most wickets by a bowler in his first three ODIs. He also equaled Aussie pacer Ryan Harris' feat of 13 wickets in three games versus Pakistan in 2009-10. They jointly share a record for most wickets in a bilateral series consisting of three ODIs.(Mustafizur Claims More Records)

"The way Mustafizur is bowling, he will be called up in IPL. He deserves a place in it. And he will also keep playing like this for Bangladesh. If he takes care of himself, he can play for another 10-15 years," said Mashrafe. Mustafizur deservingly got two Man of the Match awards after returning with figures of 6 for 43 on June 21.(Amir Pleased Mustafizur Sees him as his Idol)

Just like Shakib-Al Hasan, Mustafizur should attract the IPL owners. His four overs in a T20 contest can impact a match in a great way. The lanky bowler can really get under your skin.(The Indian Connection)

The only blot in Mustafizur's recent performance was being fined for a pitch-side collision with Mahendra Singh Dhoni. The bowler apparently blocked the Indian captain during a run. The normally cool Dhoni was not amused and gave the youngster a push.(Dhoni Fined for Collision With Mustafizur)

Mustafizur has dismissed Rohit Sharma and Suresh Raina in all three games in the just concluded series which Bangladesh won 2-1. Rohit and Raina are experienced ODI batsmen and their wickets will give Mustafizur a lot of confidence.

"The way Mustafizur performed, it was unbelievable," Mashrafe said. "You can't compare that to anyone," the skipper added.

Bangladesh have added a new generation of performing youngsters. If Mustafizur shone in the bowling department, youngsters like Soumya Sarkar and Litton Das have shown promise with their batting approach. It's now a matter of being consistent.

(With inputs from Rajesh Kumar and agencies)

Comments
Topics mentioned in this article
Mustafizur Rahman Bangladesh Cricket Team India Cricket Team Ind vs Ban, 2015 Cricket
Get the latest updates on IPL Auction 2023 and check out  IPL 2023 and Live Cricket Score. Like us on Facebook or follow us on Twitter for more sports updates. You can also download the NDTV Cricket app for Android or iOS.