India Drop Points as Bangladesh Move Up in ICC Rankings

The 2-1 series win in Mirpur has put Bangladesh on 93 ratings points - five behind sixth-ranked England and five ahead of eighth-ranked West Indies. 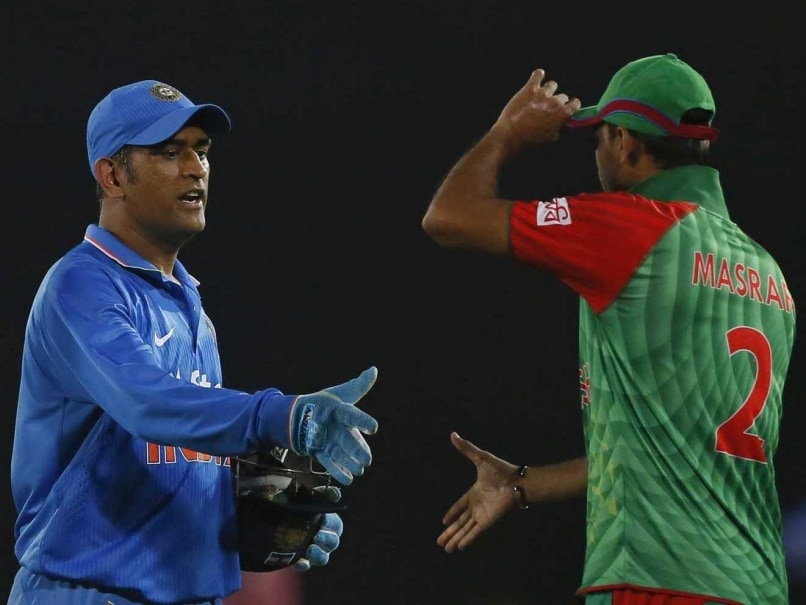 MS Dhoni shaked hands with his Bangladeshi counterpart Mashrafe Mortaza after the final ODI match between India and Bangladesh in Mirpur.© PTI
Dubai:

India dropped two points but managed to retain their second position despite losing the three-match series 1-2 to Bangladesh, who moved a place to seventh in the latest ICC ODI rankings. (Final match report | Scorecard)

The 2-1 series win in Mirpur has put Bangladesh on 93 ratings points - five behind sixth-ranked England and five ahead of eighth-ranked West Indies. (Series recap)

With England, plus seven next highest-ranked sides as on 30 September 2015 to qualify for the ICC Champions Trophy 2017, Bangladesh now look set to qualify ahead of the West Indies, who have no FTP One-Day International (ODI) series planned until the cut-off date, and eighth-ranked Pakistan, who play Sri Lanka in a five-ODI series next month.

Mashrafe Mortaza's men had entered the series in eighth position on 88 points, fraction of a point behind the West Indies.

In contrast, the defeat means India have dropped from 117 to 115 but still retained the second position on the ODI table. However, the series result means only 28 points separate second-ranked India from ninth-ranked Pakistan. World champions Australia lead the field and are sitting pretty on 129 points. (Related: MS Dhoni has no dressing room worries)

Meanwhile, Brendon McCullum's side had entered the England series on 115 points and were eyeing second place.

However they have remained in third position, marginally ahead of the Proteas. On the other side of the coin, England, under the guidance of Eoin Morgan, have reduced fifth-placed Sri Lanka's advantage by four points to eight as they now sit on 98 points.

Comments
Topics mentioned in this article
India Cricket Team Bangladesh Cricket Team Ind vs Ban, 2015 MS Dhoni Virat Kohli Cricket
Get the latest updates on IPL Auction 2023 and check out  IPL 2023 and Live Cricket Score. Like us on Facebook or follow us on Twitter for more sports updates. You can also download the NDTV Cricket app for Android or iOS.