Bangladesh have already registered a historic series win but are in no mood to go easy against India in the final ODI match. 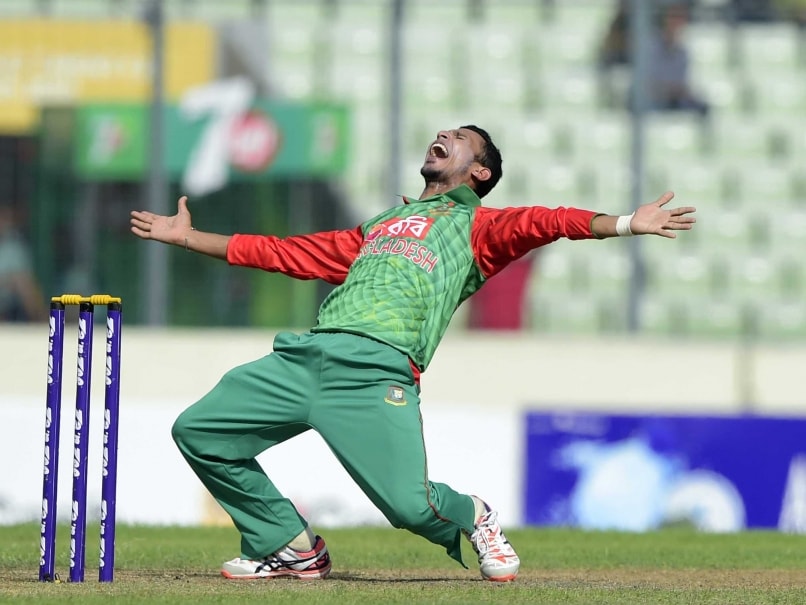 Bangladesh batsmen Nasir Hossain on Tuesday expressed confidence of inflicting a 3-0 series whitewash over India when the two sides meet in the third and final ODI today, but chose to underplay the "Banglawash" refrain used by the home team's fans. (Preview of final Bangladesh vs India ODI)

"There is nothing like 'Banglawash' or things of that sort. We will try to win the match. We will play to win the match," asserted Hossain on the eve of the third and final ODI. (Bangladesh vs India: Series recap)

"It was only a little while ago we had a chat in the dressing room and were told that we need to take the same approach as a team would when 2-0 up in the series," he said.

Having beaten India in a series for the first time ever, Bangladesh are also eyeing their 11th successive win at home. "As a team we are playing for a long time and it seems we are growing as a team. Winning is a habit.

We played well in the last couple of series and want to continue it. "We know India would come hard at us but it doesn't really bother us. We are more concerned on what we are doing. Each of us has a personal role and we want to perform that," said the 23-year-old, who also bowls off-spin.

Rain threat looms large for today's game but Hossain said his team was keen to play. "We want to play against them. They are a big side and we have got several things to learn from them, so I hope we get a full game. Whether we win or lose, we want to play."

A series win over India and previously Pakistan is a big shot in the arm for Bangladesh, but Hossain said there is a need to be consistent for a longer period. "We are yet to become a big team. We are playing in our own conditions so it is a thing to take into consideration.

"To be a big team we have to play consistently for two-three years. We have won two series (India and Pakistan) but if we can achieve that consistently, we will feel like a big team."

He has been a regular with the ball in the series and took two wickets in the last match. "Seriously, I am bowling a lot more than before and working a lot with Rohan (Kalpage). I always enjoy bowling and that has been the case in this series. Basically I see myself as a batting all-rounder," said Hossain.

Heaping praise on rookie left-arm pacer Mustafizur Rahman, who has taken 11 wickets in two games so far, Hossain said: "Mustafizur had brought 80 per cent of the match in our favour. He is not thinking much about it and still has not realised his achievement.

I am sure he will bowl in the same manner in the third match. He is difficult to face in the nets, so at times we ask him not to bowl any cutters while we are batting."

Comments
Topics mentioned in this article
Nasir Hossain India Cricket Team Bangladesh Cricket Team Ind vs Ban, 2015 Cricket
Get the latest updates on IPL Auction 2023 and check out  IPL 2023 and Live Cricket Score. Like us on Facebook or follow us on Twitter for more sports updates. You can also download the NDTV Cricket app for Android or iOS.