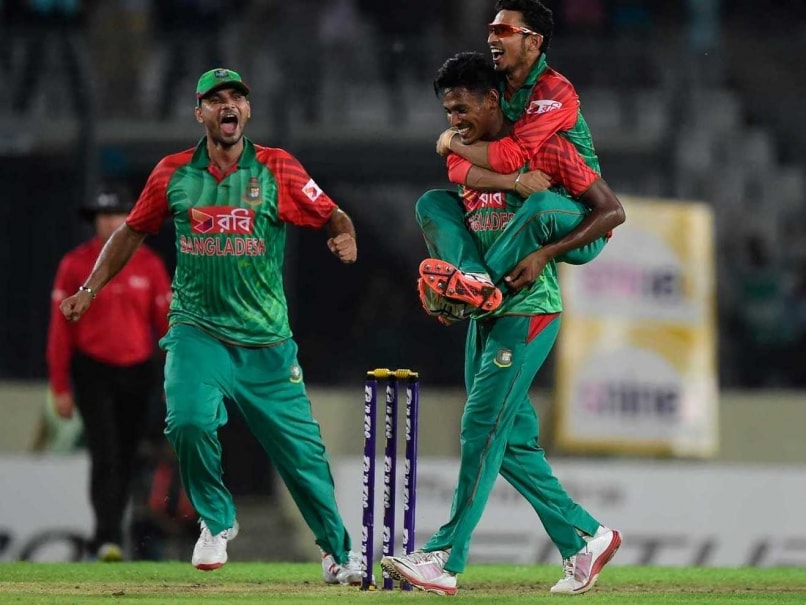 Bangladesh's teenage pace prodigy Mustafizur Rahman has soared higher with another record-breaking performance in the third and final One-Day International (ODI) against India. (We can win anywhere, says Bangladesh captain)

Bangladesh lost the match by 77 runs here on Wednesday but took the series 2-1 at the Sher-e-Bangla National Stadium. ('Pressure of Banglawash hurt us in final ODI')

He got Bangladesh's first breakthrough by dismissing India opener Rohit Sharma and took his tally of wickets to 12 in three matches to break the first record. The previous record was 11 wickets in first three matches, held by four bowlers -- Australia's Ryan Harris, South Africa's Rusty Theron and Imran Tahir, and Zimbabwe's Brian Vitori.

But Mustafizur did not stop there.

In his last over, he castled Suresh Raina for his second to become the highest wicket-taker in a three-match series with a world-best 13 wickets. The previous record of 12 was held by West Indies paceman Vasbert Drakes, incidentally, against Bangladesh in 2002. Aussie pacer Harris also had 13 wickets in three matches but it was in a five-match series, against Pakistan in 2009.

Bangladesh captain Mashrafe Bin Mortaza previously held the Bangladesh record for highest number of wickets in a three-match series - 12 against Kenya in 2006.

Comments
Topics mentioned in this article
Mustafizur Rahman Ind vs Ban, 2015 Cricket
Get the latest updates on IPL Auction 2023 and check out  IPL 2023 and Live Cricket Score. Like us on Facebook or follow us on Twitter for more sports updates. You can also download the NDTV Cricket app for Android or iOS.