Mushfiqur Rahim is livid with his bowlers for allowing Indian batsmen to dominate over five days of rain-marred Test cricket. This after he had lamented the lackluster batting display from his side. 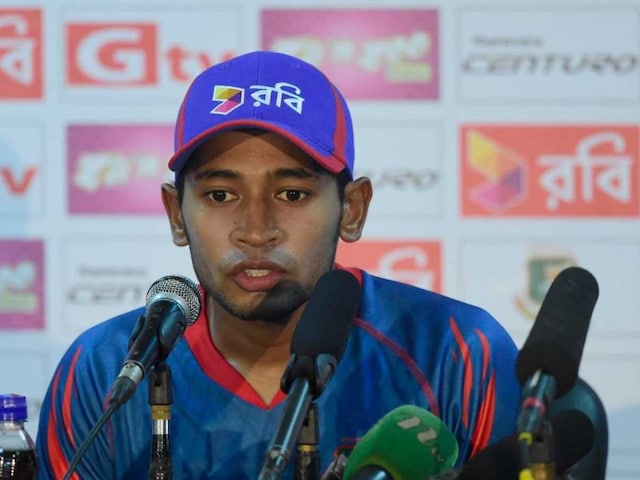 Furious with his bowlers for conceding over 400 runs in the rain-hit one-off cricket Test against India, Bangladesh skipper Mushfiqur Rahim said their approach made it difficult for him to even set the field for the rival batsmen. (Match report)

Even after more than 250 overs of play lost during the entire duration of the match, India gave the hosts a hard time by bundling them out for 256 post declaring their first innings on 462 for six. (Also read: Bangladesh recall Rubel for ODI series vs India)

Mushfiqur said that it is high time his bowlers match up to international standards.

"In countries like Australia and England by the time a bowler comes to this level, he is expected to be able to tell the captain what his plan is or how he wants to set up a batsman so that the captain can set a field. We have a big gap in that area. Bowling on either side of the wicket doesn't help," said Mushfiqur in the post-match press conference here on Sunday.

"A bowler needs to be consistent so that we can set a field. If we set a field for full length deliveries and he bowls a short-pitched delivery, the captain may look foolish," he added.

With four specialist spinners in the side, Shakib Al Hasan (4-105) and Jubair Hossain (2-113) shared six wickets between them as the the rest of the bowling line-up failed to stop the Indian run-flow.

Indian spinners, Ravichandran Ashwin (5-87) and Harbhajan Singh (3-64), made their presence felt as Bangladesh batsmen were guilty of getting out to reckless shots. Mushfiqur also admitted the team's batting failure.

"It's a big crime when a batsman gets out after scoring 30 or 40 runs on this kind of a wicket. It gets difficult," said the wicketkeeper-batsman.

"In Test cricket you need to analyse and know when to go against a bowler and when to defend. It's not as though our top order hasn't scored runs by playing aggressively in the past, they should have been cautious with two off-spinners bowling in tandem.

"They made bad decisions and that's why they got out. I guess we can only learn to do that as we play more Test cricket. Our first target today was to avoid the follow-on, but unfortunately we couldn't do that," he added.

Comments
Topics mentioned in this article
India Cricket Team Bangladesh Cricket Team Ind vs Ban, 2015 Mushfiqur Rahman Cricket
Get the latest Cricket news, check out the India cricket schedule, Cricket live score . Like us on Facebook or follow us on Twitter for more sports updates. You can also download the NDTV Cricket app for Android or iOS.