Bangladesh Can Win Anywhere in the World: Mashrafe Mortaza

Bangladesh captain Mashrafe Mortaza is sure his team's new-found success is not because of playing at home and says his players are confident of doing well on foreign soil as well. 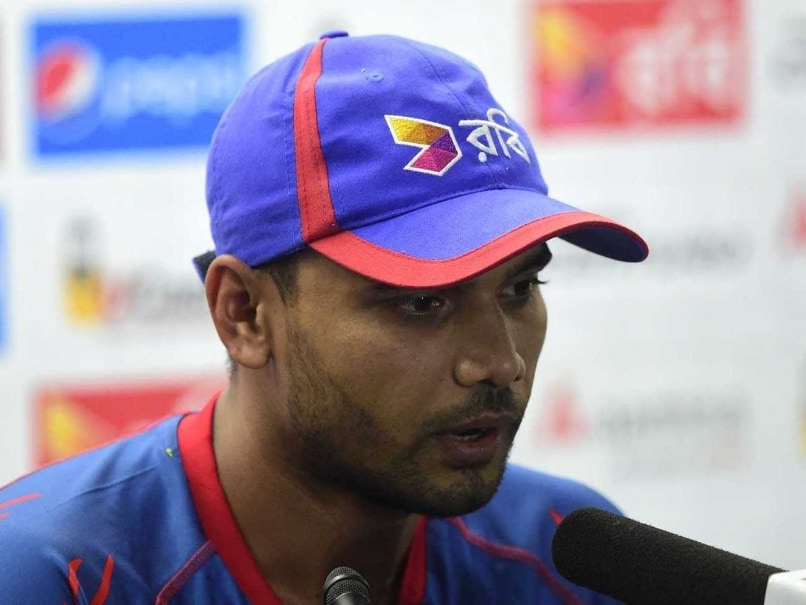 Bangladesh are tigers and not just at home. According to captain Mashrafe Mortaza, the team has the skills and temperament to do well in any corner of the world. (Also read: India drop two points, Bangladesh climb to seventh in ODI rankings)

Bangladesh are defeating big teams in One-Day Internationals (ODI) regularly now. Cricket pundits, however, doubt that they can perform as well as they on foreign soil.Â (Final match report | Scorecard)

"You see, everyone has to struggle abroad. The conditions in Australia and New Zealand were not easy for us but we did well in the World Cup. Everyone of us has that confidence. This team can play their best anywhere in the world. We can succeed in any condition," Mashrafe said.

The skipper blamed the batsmen for the 77-run loss to India in the final ODI of the three-match series. He feels not keeping wickets in hand even after being in a position of strength was their biggest mistake.

Bangladesh were 197/5 at one stage, chasing 318 on Wednesday and needed to score at seven runs per over. But they faltered after losing Sabbir Rahman and Nasir Hossain.

Mashrafe said the wicket was good for a 318-run chase.

"We were ahead of India until the 35th over. We had only lost two wickets more but we had no problem chasing the target. We could have scored even 90 runs in the last 10 overs if we had four-five wickets in hand," he said.

Mashrafe thought Bangladesh fell behind after losing top-scorer Sabbir (43), who seemed to have settled well on the wicket. He was not too keen to single out any batsman, but blamed those who failed to convert their starts. All the top seven batsmen, except Tamim Iqbal, reached double numbers, but failed to carry on to a big score.

"Everyone from number two to seven got out scoring 20-25 runs. We needed one to make 80 and another to score 60. Then the game would have been better. On the whole, we have made a big mistake. We are yet to learn how to chase well," he said.

Bangladesh won chasing more than 300 runs thrice before. Mashrafe hoped the hosts would overcome the deficiency in the future.

The series win against India is one of the most glorious achievements in Bangladesh's cricket history, but for Mashrafe it is the best. He had led Bangladesh to whitewash of Zimbabwe and Pakistan as well. But he said the win against India was the best as far as he was concerned.

The captain said Bangladesh achieved more than they had dreamed of with the series win.

"And we will learn from what we've lost. We'll be able to handle such situation in the future," Mortaza said.

Comments
Topics mentioned in this article
India Cricket Team Bangladesh Cricket Team Ind vs Ban, 2015 Mashrafe Mortaza Cricket
Get the latest updates on IPL Auction 2023 and check out  IPL 2023 and Live Cricket Score. Like us on Facebook or follow us on Twitter for more sports updates. You can also download the NDTV Cricket app for Android or iOS.