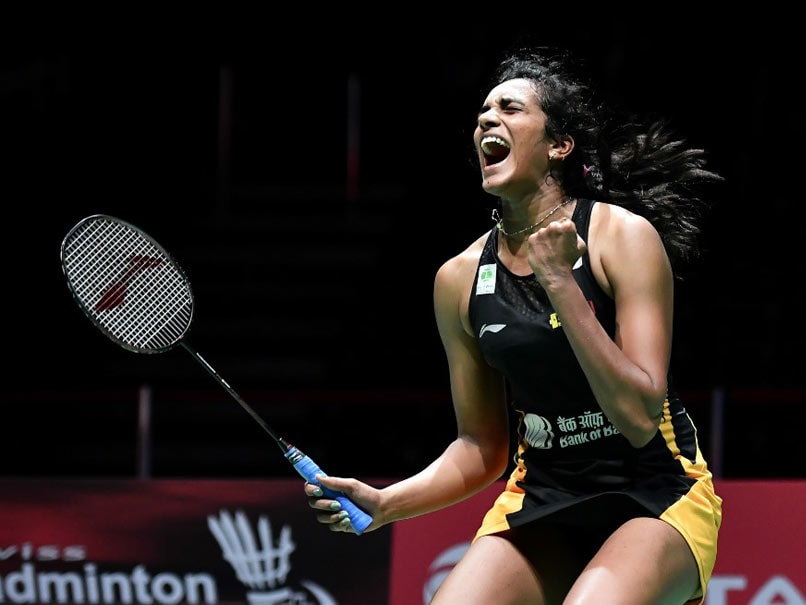 PV Sindhu outclassed China's Chen Yu Fei 21-7, 21-14 in a 40-minute long one-sided semi-final match to enter the World Championships final for a third consecutive time. The 24-year-old shuttler clinched silver medals in the last two editions of the premier international badminton event. She lost to Carolina Marin of Spain in the 2018 World Championships and had earlier suffered a defeat to Japan's Nozomi Okuhara in the summit clash. In the men's singles semi-finals, Sai Praneeth suffered a 13-21, 8-21 defeat to World No. 1 Kento Momota to settle for a bronze medal.

PV Sindhu will now face Okuhara in the 2019 BWF World Championships final on Sunday. The Japanese shuttler defeated Ratchanok Intanon of Thailand 17-21, 21-18, 21-15 in the semi-finals on Saturday.

Sindhu started the women's semi-final match with complete dominance and clinched the first game within a quarter of an hour.

Yu Fei improved a bit in the second game but continued to gift Sindhu points throughout the 25-minute-long contest. She couldn't claim two consecutive points in the match until the mid-break of the second game.

Tall shuttler Sindhu made full use of her height and reached to farthest corners of the court to hand the Chinese shuttler a 21-14 defeat in the second game.

On Friday, Sindhu secured her fifth World Championships medal following a stunning comeback while B Sai Praneeth became the first Indian male shuttler in 36 years to grab a podium in the prestigious event.

Praneeth's attacking game couldn't dent the defence of an in-form Momota as he went down to Momota in 41 minutes.

Notwithstanding the loss, Praneeth still achieved the rare distinction of becoming the first Indian male shuttler in 36 years to win a medal in the prestigious tournament.

Prakash Padukone was the first to win a men's singles World Championships medal, a bronze, in the 1983 edition.

Comments
Topics mentioned in this article
PV Sindhu B. Sai Praneeth Badminton
Get the latest updates on IPL 2021, check out the IPL 2021 Schedule and Indian Premier League Live Score . Like us on Facebook or follow us on Twitter for more sports updates. You can also download the NDTV Cricket app for Android or iOS.