India vs Australia, 3rd Test: Wasim Jaffer reacted to Mohammed Siraj tearing up before play on Day One of Sydney Test by quoting some famous words once said by MS Dhoni. 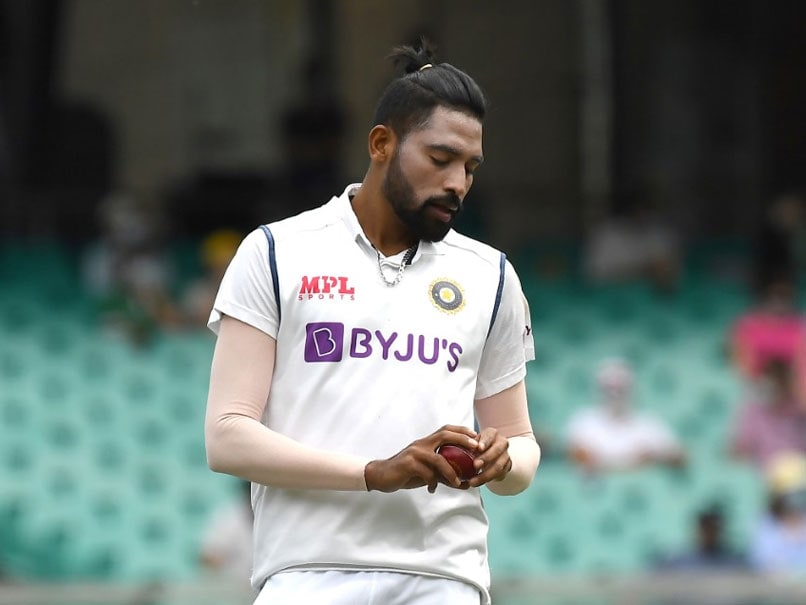 India vs Australia: Mohammed Siraj had a good first session on Day One of Sydney Test.© AFP

Wasim Jaffer invoked words from former India captain MS Dhoni as he reacted to Mohammed Siraj getting emotional before start of play on Day One of the Sydney Test. Jaffer posted a screenshot that showed Siraj in tears while singing the Indian national anthem and wrote: "Even if there's little or no crowd to cheer you on, no better motivation than playing for India. As a legend once said 'You don't play for the crowd, you play for the country.'" Siraj was seen tearing up while he and his teammates sang the anthem before play at the Sydney Cricket Ground on Thursday.

Even if there's little or no crowd to cheer you on, no better motivation than playing for India. As a legend once said "You don't play for the crowd, you play for the country." #AUSvIND pic.twitter.com/qAwIyiUrSI

"You don't play for the crowd, you play for the country" is what Dhoni had told reporters after India's defeat to South Africa during the 2011 Men's World Cup.

The 26-year-old fast bowler had lost his father in November 2020. Siraj was with the Indian squad in Australia at the time.

Siraj chose to stay back in Australia even as he was offered the option to be with his family.

"He wished that I continue playing for India and make my country proud," Siraj had said remembering his father.

"I just want to fulfil my father's dream."

Other cricketers too posted their reactions on social media.

I just want certain people to remember this picture. He is #SirajMohammed and this is what the national anthem means to him pic.twitter.com/eJi9Xeww8E

Proud of your brother https://t.co/zS2VSyg5mc

Siraj had a good first session on Thursday as he dismissed Australia opener David Warner, who had returned to the playing XI after a long injury layoff.

The four-match series is tied 1-1 with Australia and India winning the first and second Tests of the series respectively.

MS Dhoni Australia vs India 2020-21 Cricket
Get the latest updates on SA vs IND 2021-22, check out the Schedule and Live Score . Like us on Facebook or follow us on Twitter for more sports updates. You can also download the NDTV Cricket app for Android or iOS.