India vs Australia: Fast bowler Mohammed Siraj was in tears while singing the national anthem before start of play on Day One of the third Test. 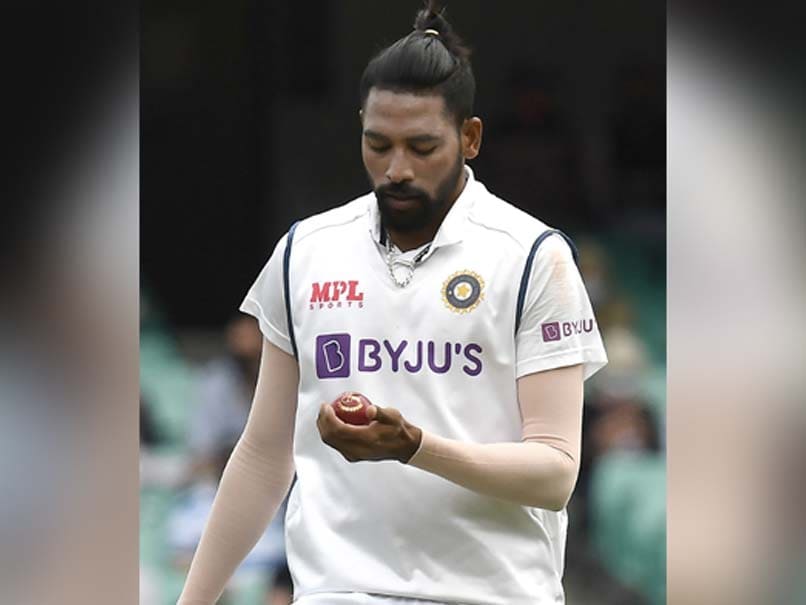 Mohammed Siraj was in tears when the Indian national anthem was played before the start of the third Test against Australia in Sydney on Thursday. Siraj, who is playing only his second Test after having made his debut in the Melbourne Test earlier in the series, got India their first wicket by dismissing the returning David Warner. The 26-year-old fast bowler had lost his father late last year but chose to stay with the team in Australia to play in the Tests. An injury to Mohammed Shami during the first Test in Adelaide opened the doors for Siraj in the second, where he returned 2 for 40 and 3 for 37.

"He wished that I continue playing for India and make my country proud," Siraj had said at the time of his father's death. "I just want to fulfil my father's dream."

Australia won the toss in Sydney and elected to bat. Besides Warner, Will Pucovski was the other change from Melbourne as Travis Head and Joe Burns were dropped.

Pucovski made his Test debut after being in line for it ahead of the first Test before a concussion ruled him out of the first two games.

Warner's return to Test cricket was cut short by Siraj who made the Australian opener drive away from his body at a wide delivery and edge it to Cheteshwar Pujara at slip.

The first session on Day One was affected by rain as only 7.1 overs of play was possible before multiple rain interruptions meant that early lunch had to be taken.

Australia Cricket Team Mohammed Siraj Australia vs India 2020-21 Australia vs India, 3rd Test Cricket
Get the latest updates on Fifa Worldcup 2022 and check out  Fifa World Cup Schedule, Stats and Live Cricket Score. Like us on Facebook or follow us on Twitter for more sports updates. You can also download the NDTV Cricket app for Android or iOS.