India vs Australia Test Highlights: Currently unbeaten, Marnus Labuschagne registered his half-century on Day 1 of the ongoing third Test match, at the Sydney Cricket Ground. He will be aiming to anchor his side's innings on Day 2, alongwith Steve Smith. 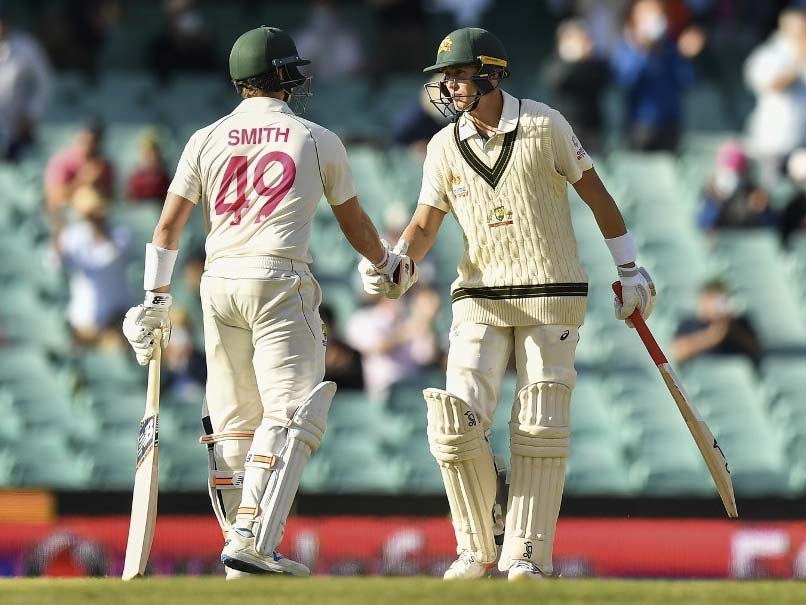 Australia put in a steady display against India on Day 1 of the ongoing third Test match, at the Sydney Cricket Ground on Thursday. Despite, rain stopping play early on, Will Pucovski registered a half-century on his debut. Meanwhile, Marnus Labuschagne also scored a half-century and is currently unbeaten on 67. He will be hoping to build on their side's momentum on Day 2, with Steve Smith, who is not out on 31. The hosts finished the day at 166 for two. The hosts lost the wickets of Pucovski and David Warner. Mohammed Siraj dismissed Warner, who could only muster five runs early in the piece. Meanwhile, Test debutant Navdeep Saini took the wicket of Pucovski, who scored 62 runs from 110 balls. The Australian debutant also slammed four fours. Australia's debutant opener got two reprieves as Rishabh Pant dropped two catches of Pucovski on the opening day of the third Test. (LIVE SCORECARD)

Steven Smith Live Blogs Cricket
Get the latest updates on Fifa Worldcup 2022 and check out  Fifa World Cup Schedule, Stats and Live Cricket Score. Like us on Facebook or follow us on Twitter for more sports updates. You can also download the NDTV Cricket app for Android or iOS.