India vs Australia, 3rd Test: Ravindra Jadeja picked 4 for 62 and Shubman Gill hit his maiden Test fifty as India finished Day Two on 96 for 2, trailing Australia by 242 runs in the first innings. 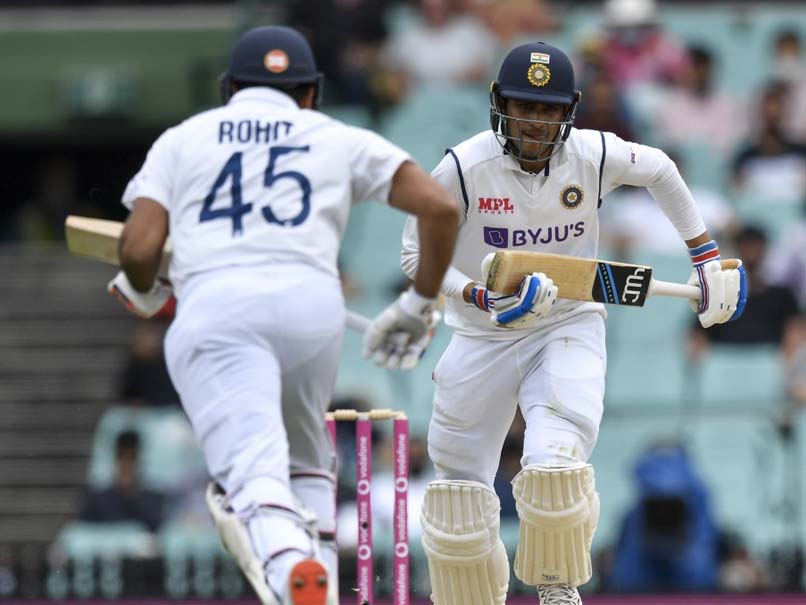 Steve Smith's typically gutsy hundred was neutralised by Ravindra Jadeja's four-wicket haul and rookie Shubman Gill's fluent half-century as a resolute India reached 96/2 after dismissing Australia for 338 on the second day of the third Test in Sydney on Friday. The Indian bowlers, especially Jadeja (18-3-62-4) and the ever-dependable Jasprit Bumrah (25.4-7-66-2), were brilliant with their length on a flat SCG deck where Smith (131 off 226 balls) along with Marnus Labuschagne (91 off 196 balls) raised visions of a 450-plus total by taking the side to 206 for 2 at one stage. But in the end, 338 was all they managed in a little less than 106 overs with none of the other batsmen making any telling contribution.

It was only fitting that Jadeja's split second brilliance from the deep found Smith short of his crease.

Then it was the calm and collective Gill (50, 101 balls), who was assured during those cover drives off Nathan Lyon and equally breathtaking while presenting his forward defence to Pat Cummins.

He and Rohit Sharma (26 off 77 balls) added 70 in 27 overs but more importantly set the stage for skipper Ajinkya Rahane (5 batting off 40 balls) and Cheteshwar Pujara (9 batting off 53 balls) to cash in on the batting-friendly conditions on the third day.

Despite the cloud cover for the better part of the day, there was no swing on offer and lack of moisture meant that there wasn't any turn or for that matter, even some movement off the pitch.

The Australian attack looked more insipid than ever and Rohit, playing his first game in nearly two months, did all the hard work for nearly two hours before failing to check an uppish drive that was pouched by the bowler.

But it was a day when India had two openers, who were both ready to pull the fast bowlers during their opening spells and dominate Lyon with precise footwork.

Both frittered away good starts but in broader context, provided the launchpad which the team failed to get in the first two Tests.

The first two sessions could be ideally described as fascinating with Australia getting 172 runs in just under 51 overs, largely due to some positive batting by Smith, Labuschagne and down the order Mitchell Starc (24 off 30 balls).

But Jadeja and Bumrah, especially with the second new ball, were on target even as debutant Navdeep Saini (2/65) leaked a few runs due to sheer inexperience.

The Sydney track didn't have much help for the slow bowlers in the first two days but that didn't deter Jadeja from denying Labuschagne a deserving hundred.

In a stop-start first session, Labuschagne, who was looking good for a hundred, when he got an arm ball from Jadeja, which bounced a bit more denying him room for a non-existent cut shot.

The result was a smart catch by skipper Ajinkya Rahane, who positioned himself a bit wide at the first slip.

Labuschagne's 196-ball innings had 11 boundaries and no one deserved a three-figure score more than him.

He and Smith, in their bid to neutralise India's leg-side field, played some eye-catching strokes.

Smith completed his half-century in the very next over after Labuschagne's dismissal, off Ravichandran Ashwin (0/74 in 24 overs), who has been well below his best during the five sessions that India had been on field.

The two batsmen had little trouble as they blended caution with aggression perfectly during the first hour on a track that's offering slow turn with no visible demons in it.

The Indian bowlers continued bowling in straight lines with a heavy leg-side field that they have been employing since the second Test match.

What changed for Australia was the understanding of the opposition strategy better as they showed aggressive intent.

While Jadeja got a couple of wickets, both Ashwin and him erred on the shorter side of the length giving Smith ample opportunity to rock back and play through the vacant spaces in the off-side area.

While the pronounced shuffle was still there, Smith did cover his leg-stump while going across and was hardly troubled by the Indian bowlers.

Despite a tight leg-side field, he was able to find on-side gaps and once it was 278 for 7 after Pat Cummins' dismissal, the next 60 runs came in a jiffy in 11 overs, courtesy Smith's aggressive approach.