Australia vs India: Virat Kohli spoke about confusion and "lack of clarity" over Rohit Sharma's injury and availability for India's tour of Australia. 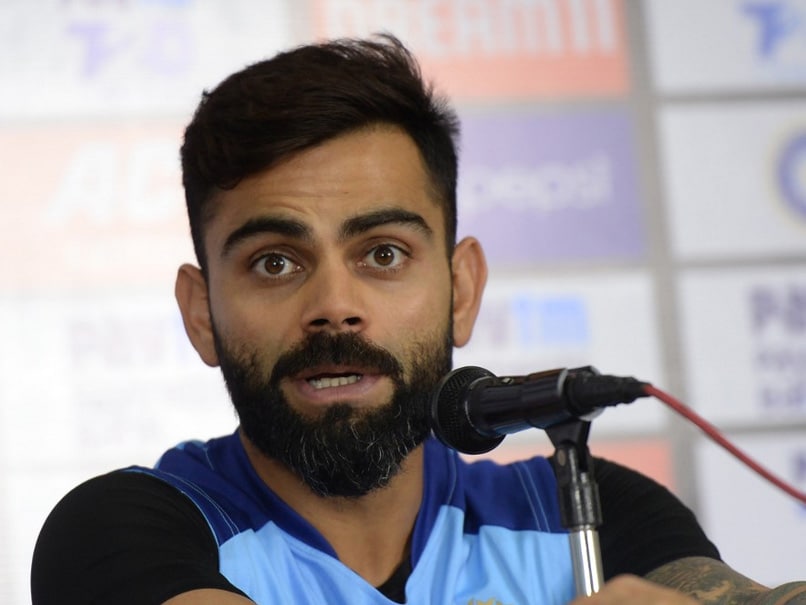 Virat Kohli on Thursday said there was confusion, uncertainty and "lack of clarity" over Rohit Sharma's injury saga. Addressing the media ahead of the first ODI between India and Australia in Sydney, Kohli said "It's been very confusing and a lot of uncertainty and lack of clarity around the situation." Reacting to the Indian Cricket Team captain's comments, Bengal's Ranji Trophy skipper Manoj Tiwary took to Twitter to share a cryptic post, with a reference to former WWE star and Hollywood actor Dwayne "The Rock" Johnson.

"Lack of clarity has different meaning when it comes out from the mouth of two different individuals. If u smeeeellllllll Wat d rock is cooking," he wrote, using Johnson's catchphrase.

Lack of clarity has different meaning when it comes out from the mouth of two different individuals. If u smeeeellllllll Wat d rock is cooking

Rohit Sharma suffered a hamstring injury during the just concluded season of the Indian Premier League (IPL). He has been ruled out of the white ball leg of India's tour of Australia, which includes three ODIs and a three-match T20 International (T20I) series.

He has been named in the Test squad, but Kohli, just like it has been reported, said that now Rohit and pacer Ishant Sharma, who is recovering from a side strain, arriving in Australia is not certain given the strict 14-day quarantine enforcement here.

"After that (the selection meeting) he played in the IPL and we all thought he would be on that flight to Australia and we had no information on why he is not travelling with us. There has been no information, there has been lack of clarity," Kohli said.

"We have been playing the waiting game," he added.

Rohit and Ishant are currently undergoing rehab at the National Cricket Academy in Bengaluru.

"The only other information we got is that he is in NCA and he is being assessed and he will again be assessed on 11th December. It's not ideal at all," Kohli said.

India play Australia in four Test matches after the white ball leg of the tour, with the first game slated for December 17 at Adelaide.

Manoj Tiwary Cricket
Get the latest updates on ICC T20 Worldcup 2022, check out the Schedule and Live Score. Like us on Facebook or follow us on Twitter for more sports updates. You can also download the NDTV Cricket app for Android or iOS.