India vs Australia: Ravichandran Ashwin hailed batting partner Hanuma Vihari's knock of 23 not out off 161 balls as "equal to scoring a hundred" as the two helped India draw the Sydney Test. 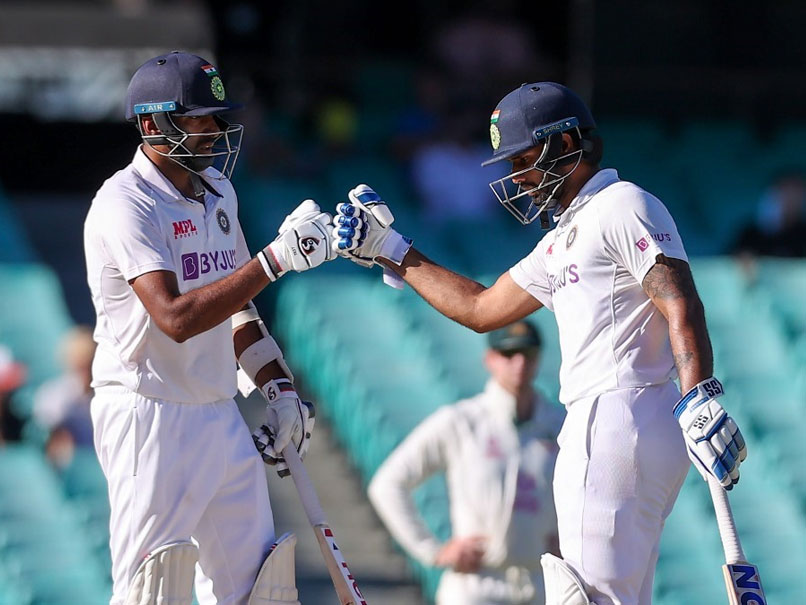 India vs Australia: R Ashwin said Hanuma Vihari's knock of 23 off 161 balls was equal to a hundred.© AFP

Ravichandran Ashwin on Monday equated Hanuma Vihari's unbeaten 23 off 161 balls in a match-saving stand of 148 runs with him in the third Test against Australia in Sydney to scoring a hundred. Ashwin, who made 39 off 128 balls, and Vihari pulled off a remarkable draw for India on day five of the third Test against Australia. Vihari pulled his hamstring at the start of his innings and was struggling to run between the wickets. "After Pujara and Pant's wicket and with Vihari injured, it was going to be difficult to go for a win. Touring Australia is never easy so Vihari can be proud of himself. It was a knock equal to scoring a hundred," Ashwin told Channel 7.

Ashwin said the confidence gained from productive net sessions helped him finally come good against Australia as he and Vihari saved the third Test.

"I have been batting well in the nets, so it was great to spend some time in the middle. Chasing 400 in Sydney was never going to be easy, as the ball was going up and down. That knock by Pant set us up," he said.

The 34-year-old Ashwin, who did not score big in his previous four innings, said he also took confidence from his batting record at the SCG.

"I was just telling the batting coach (Vikram Rathour) during the lunch break that I have never left the SCG without a fifty, this is a venue where I have done well with the bat and today's innings is right up there," he said.

"In Test cricket, we don't get a lot of draws, it was a really exciting last session. I just went to Pujara and told him, you sold me down the river in both the innings," Ashwin said.

"Cummins was bowling in a different league altogether. There was a bit of double bounce, so it was difficult against Cummins. I think facing Bumrah in the nets is not easy. We have bowlers who can bowl in the 150s."

In a tweet after the game, Ashwin's wife Prithi revealed that he was struggling with acute back pain last night.

"The man went to bed last night with a terrible back tweak and in unbelievable pain. He could not stand up straight when he woke up this morning. Could not bend down to tie his shoe laces. I am amazed at what @ashwinravi99 pulled off today," she wrote.

Cheteshwar Pujara Australia vs India, 3rd Test Cricket
Get the latest updates on ICC T20 Worldcup 2022 and CWG 2022 check out the Schedule, Live Score and Medals Tally. Like us on Facebook or follow us on Twitter for more sports updates. You can also download the NDTV Cricket app for Android or iOS.