India vs Australia: India showed tremendous grit to fight off the Australian bowling attack and come out with a draw in the Sydney Test. 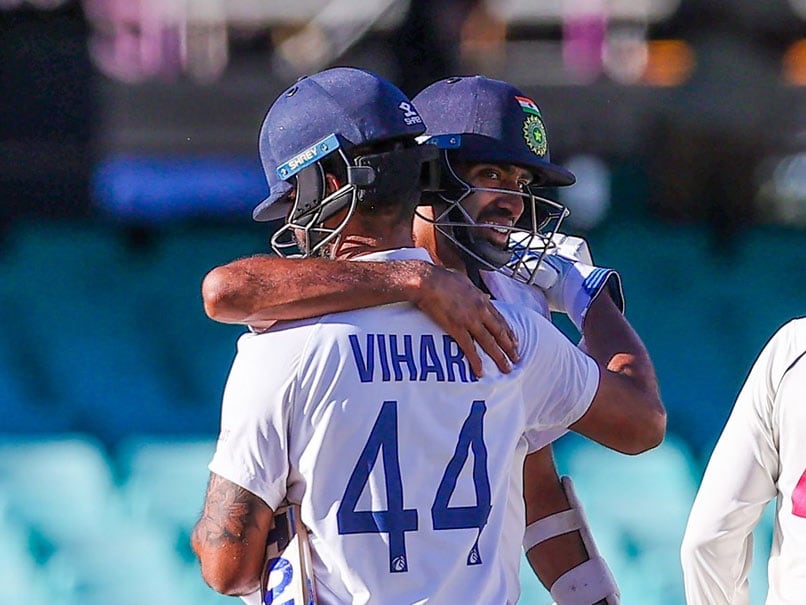 Grit, courage, determination -- adjectives run out to describe Team India's sensational performance to eke out a draw in the Sydney Test against Australia. There were accusations of racial abuse, an injury crisis before and during the match, but that didn't deter the Indian team from going toe to toe against the hosts, who were favourites to win after setting a 407-run target. Rishabh Pant, Cheteshwar Pujara, Hanuma Vihari and Ravichandran Ashwin were the heroes for India on a gripping final day of the Test. Social media was abuzz with former and current cricketers, and fans as well saluting the team for digging in, when most expected them to fold.

Great fightback by #TeamIndia! Special effort out there and the team showed amazing physical and mental strength.

What a remarkable determination showed by @ashwinravi99 & @hanumavihari and a brilliant game displayed by Team India with the series currently at draw. Extremely proud of your game today#AUSvINDtest pic.twitter.com/l9qUMmWBUO

T 3780 - CRICKET .. Ind v Aus Test .. well done India .. pulled a draw under an extremely difficult situation .. bore the brunt of injury, bore the racist abuses ..AND CAME OUT VICTORIOUS ..
India you are made of sterner stuff !!
Filled every Indians heart with immense PRIDE pic.twitter.com/viaGu2Zptz

Pic1 - Till Rishabh Pant was at the crease.
Pic2- Pujara, Vihari and Ashwin.

And the combination of these 2 made it a fantastic Test Match. Feel so so proud of the Team,
Pant showed why he needs to b treated differently & d grit showed by Vihari, Pujara & Ashwin was unbelievable pic.twitter.com/aU3qN6O3JF

Even a half-strength, battled, bruised, injured, ridiculed, abused, bio-bubble fatigued India is difficult for a full strength Australia to beat at home. No praise high enough for this herculean effort. Told you this is a damn good team. Cherish it.
#AUSvsIND https://t.co/FT0eFgiau0

What a test...India have shown remarkable resilience and fight to keep the series very much alive! #AUSvIND

What a remarkable performance by Team India. Once again great show of resilience under grave provocation, spate of injuries and several key players missing. Bravo! #AUSvsIND

India started Day 5 at 98 for two, needing 309 runs to win. Not many thought India would survive the day, let alone have a shot of winning the game. And it seemed that prediction would come true with stand-in skipper Ajinkya Rahane falling early to Nathan Lyon.

Rishabh Pant, who was hit on the elbow in the first innings and didn't keep wickets during Australia's innings, was promoted -- walking out to bat instead of Hanuma Vihari.

Pant started slowly scoring only 5 off 30-odd balls. However, what followed was nothing short of incredible. Pant cut loose, taking a special liking to the off-spin of Lyon. The left-hander went from strength to strength with Pujara giving him able support from the other end.

By the time Lunch was taken, India needed only 201 runs, more than a fair chance of winning the Test. Just when it seemed Pant would reach his hundred and India would take control of the match, he fell three short of it, trying to take on Lyon again.

Pujara battled on but was castled by a brilliant delivery from Josh Hazlewood. India's hopes faded with Pujara gone and Vihari in massive discomfort after suffering a hamstring injury.

India's options were limited after Ravindra Jadeja's fractured thumb. So, out strode Ravichandran Ashwin, and along with Vihari began a 'blockathon' that would will down in history for its pure grit and determination.

The duo played 258 balls to defy the Australians and take India to a memorable draw.

Ajinkya Rahane Australia vs India 2020-21 Australia vs India, 3rd Test Cricket
Get the latest updates on IPL Auction 2023 and check out  IPL 2023 and Live Cricket Score. Like us on Facebook or follow us on Twitter for more sports updates. You can also download the NDTV Cricket app for Android or iOS.