Australia vs India: Hardik Pandya and Shreyas Iyer chased down 37 runs from the final three overs to help the visitors gain an unassailable 2-0 lead, in the three-match series. 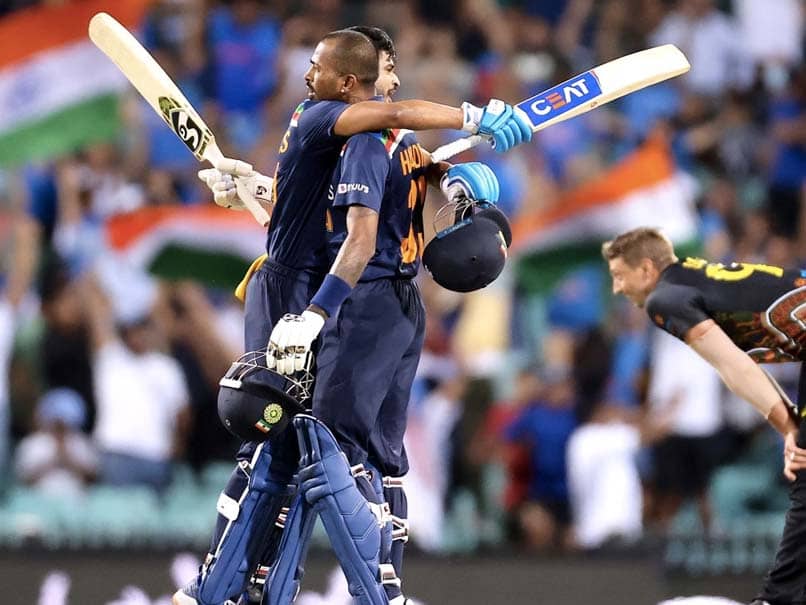 After suffering a six-wicket defeat against India in the second T20I, Australia skipper Matthew Wade admitted that his side failed to execute their plans in the death overs as Hardik Pandya and Shreyas Iyer chased down 37 runs from the final three overs to put the visitors over the line. With this win, India gained an unassailable 2-0 lead in the three-match series. Batting first, Australia once again piled on the misery of Indian bowlers and the side posted a total of 194 owing to knocks of 58 and 46 from Matthew Wade and Steve Smith. No Indian bowler apart from T Natarajan was able to leave his mark in the match and dropping catches did not help the visitor's cause.

India did manage to remain on track throughout the whole chase as Shikhar Dhawan and Virat Kohli played knocks of 52 and 40 respectively. In the final overs, Hardik (42*) and Shreyas (12*) managed to hit big shots to take the Men in Blue over the line by six wickets and two balls to spare.

"It was good fun. Lot more fun till Hardik came out. Maybe a little bit short with the bat. Unfortunately, we did not execute well towards the end with the ball. When you get a start like that you want to push but I was disappointed with the way I got out and the timing of my wicket as well. Zampa has been outstanding for the last few years. We just could not execute it well in the end," Wade said after the match.

Chasing 195, India got off to a brisk start as openers Shikhar Dhawan and KL Rahul put on 56 runs in the first five overs. However, it was Andrew Tye who provided the much-needed breakthrough to Australia as he dismissed Rahul (30) in the sixth over.

Skipper Kohli then joined Dhawan in the middle and the duo put on 39 runs for the second wicket, but during the stint of this partnership, the run-rate slowed down considerably, and in trying to look for a release shot, Dhawan (52) ended up losing his wicket to Adam Zampa in the 12th over. Sanju Samson played a brief knock of 15 runs from 10 balls, but in trying to increase the pace, he lost his wicket to Mitchell Swepson, reducing India to 120/3 in the 14th over.

Earlier, Matthew Wade and Steve Smith played knocks of 58 and 46 respectively to take Australia's total to 194/5 in the allotted twenty overs.

The third and final T20I game will be played at Sydney Cricket Ground on Tuesday.