Virat Kohli led from the front in the field as he pulled off a one-handed flier to dismiss Peter Handscomb. 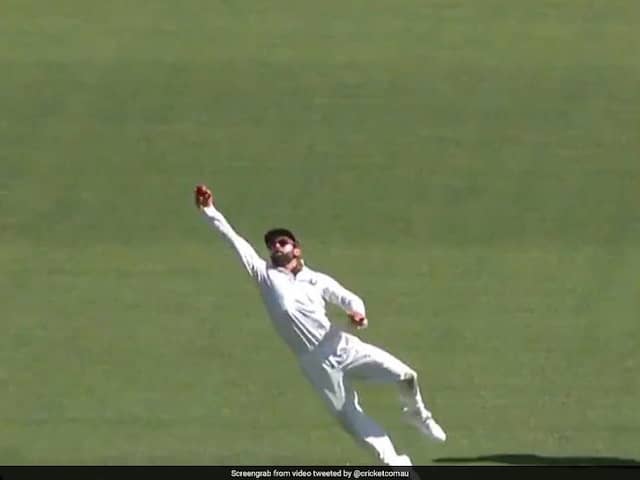 Virat Kohli has taken a lot of brilliant catches in his career but this one clearly stands out.© Screengrab: cricket.com.au

Team India skipper Virat Kohli, who is a thorough competitor with the bat, took a superb catch in Perth on Friday to prove that he is an equally gifted fielder. On Day One of the second Test in Perth, Peter Handscomb looked to steer a short of length delivery from Ishant Sharma but Virat Kohli, who was stationed at second slip, leapt up throwing his right hand in the air, thus completing a stunning catch. The 30-year-old has taken a lot of brilliant catches in his career but this one clearly stands out.

Watch it here and decide for yourself

As far as the match is concerned, Australia captain Tim Paine won the toss and opted to bat in Perth.

The pair added 112 runs, before Finch's luck ran out and he was trapped in front by Jasprit Bumrah for 50.

Finch's dismissal brought Usman Khawaja to the wicket and he made just five, before giving a thick edge to wicketkeeper Rishabh Pant.

Harris then fell to the part-time spin of Hanuma Vihari.

Handscomb was removed just after tea by Kohli's brilliance in the field as Australia were 177/4 after 61 overs.

India won the first Test in Adelaide by 31 runs as they seek their first series victory on Australian soil.

They were unable to consider star spinner Ravichandran Ashwin and batsman Rohit Sharma, with both injured.

Virat Kohli Australia vs India 2018/19 Cricket Australia vs India, 2nd Test
Get the latest Cricket news, check out the India cricket schedule, Cricket live score . Like us on Facebook or follow us on Twitter for more sports updates. You can also download the NDTV Cricket app for Android or iOS.