India vs Australia: Rohit Sharma Throws Away His Wicket In Adelaide, Twitter Is Not Impressed

Rohit Sharma was preferred in the final XI to all-rounder Hanuma Vihari for the series opener. 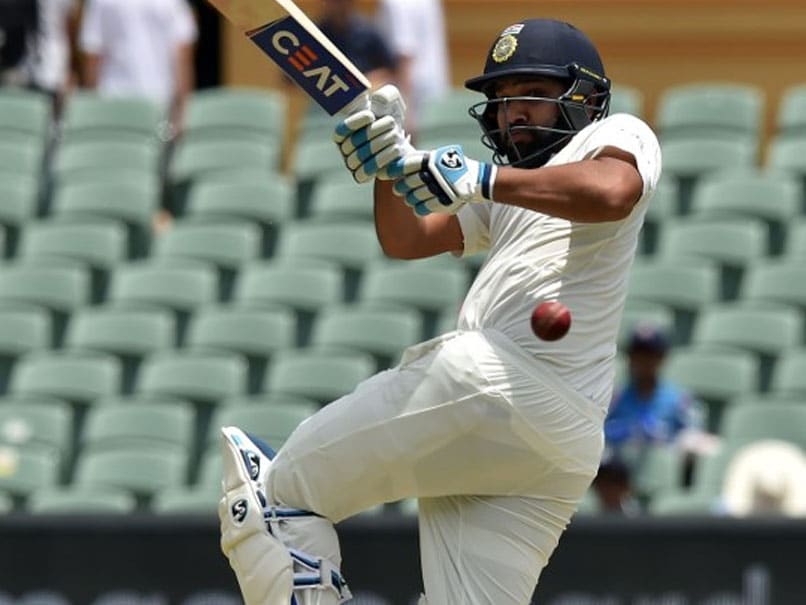 Rohit Sharma, who was looking in sublime touch after hitting three sixes, played a reckless shot and threw away his wicket on the first day of Adelaide Test on Thursday. Rohit, who was living on the edge pulling off dangerous hits, could not capitalise on the opportunity he got. Rohit got off to a solid start but played an outrageous shot to bring an end to his knock of 37 off 61. Rohit was clearly looking to unsettle Nathan Lyon but failed miserably. He attempted a slog sweep over deep square leg but debutant Marcus Harris had no trouble in pouching the skier, reducing India to 86/5.

Twitter was not impressed with Rohit Sharma's reckless shot and criticised the batsman, who was preferred in the final XI to all-rounder Hanuma Vihari for the series opener.

Oh Rohit! Looking so good, some fine shots and..... Just requested the producer not to show the replay....

At this stage of his career, Rohit Sharma must look at every Test match opportunity as a rare privilege. Can't be squandering opportunities like this. #AUSvIND

Such a precious chance, wasted! Not just for @ImRo45 , for India too. Didn't connect the previous ball well, yet why again. Ball is turning quite well too. Why! Ruined it!!!#IndVsAus #AUSvIND #INDvAUS #Rohitsharma #ViratKohli

More than getting out, the way he gets out in Test cricket is disheartening.. #RohitSharma #IndvsAus

Earlier, Virat Kohli won the toss and opted to bat in the first Test of the four-match series.

Australia grabbed four early wickets, including the prized scalp of Kohli, to have India on the ropes early on the opening day in Adelaide.

The visitors crumbled under an opening barrage from quicks Mitchell Starc, Josh Hazlewood and Pat Cummins.

KL Rahul, who has been struggling for runs, flopped again, caught by Aaron Finch at third slip off Hazlewood for two.

Veteran Murali Vijay, in the side after young gun Prithvi Shaw suffered ankle ligament damage in a warm-up game, didn't last much longer, caught behind by skipper Tim Paine of Starc for 11.

In marched superstar Kohli to a huge roar from the crowd, but a stunning catch by Usman Khawaja at gully off a Pat Cummins delivery saw him back in the pavilion for only three off 16 balls, with India in trouble.

Ajinkya Rahane then played a poor shot and was dismissed by Hazlewood.

Rohit Sharma Australia vs India 2018/19 Cricket Australia vs India, 1st Test
Get the latest updates on IPL 2021, check out the IPL 2021 Schedule and Indian Premier League Live Score . Like us on Facebook or follow us on Twitter for more sports updates. You can also download the NDTV Cricket app for Android or iOS.