Ravi Shastri was all praise for Virat Kohli, who led India to their first ever Test series win in Australia. India won the series 2-1. 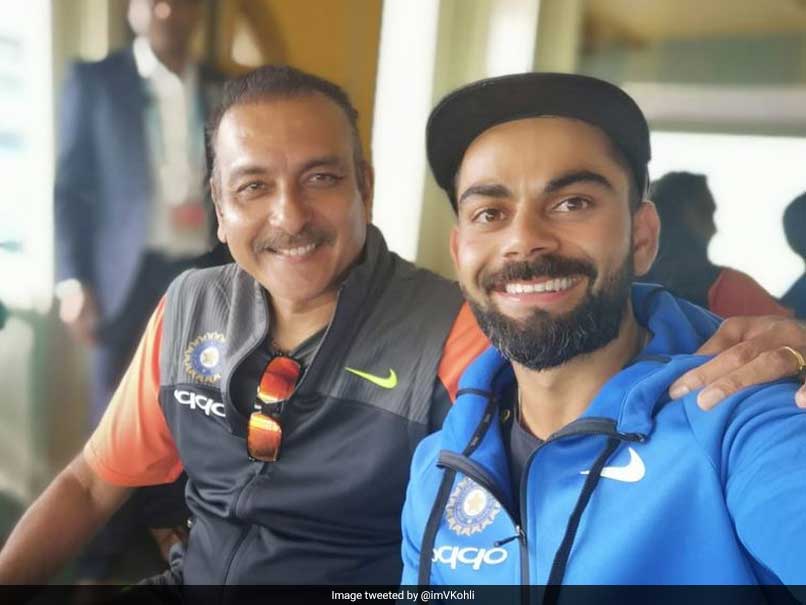 Ravi Shastri cannot have enough of heaping praise on Indian captain Virat Kohli, who became the first Indian captain to clinch a Test series in Australia. Shastri, in an interview to India Today, said that it was Virat Kohli's outstanding cricketing acumen that helped India outsmart Australia in the four-match Test series which India won 2-1. India clinched the Test matches played in Adelaide and Melbourne and lost the one in Perth. The fourth and final Test in Sydney had ended in a draw due to rain.

Shastri said, "Tactically I think we outsmarted Australia. And a lot of credit should go to Virat Kohli's leadership on the field."

Virat Kohli on Monday had called winning a series in Australia his proudest ever moment. Their 2-1 triumph achieved what no other Indian side has managed since they started touring to Australia in 1947-48, with the foundations for success laid not in the first Test at Adelaide, but on their tour of South Africa last year. It was there, and the subsequent tour of England, that he and coach Ravi Shastri identified the attacking brand of cricket that they wanted to play, all in preparation for Australia.

"We wanted to experiment with combinations and find out what suits the team best and take it forward from there," said coach Ravi Shastri. "So we learned a heck of a lot in South Africa, we learned a lot in England. We made mistakes, which we didn't make in this series. We learned from those mistakes.

India lost 2-1 in Tests to South Africa in January last year, and were then outplayed in England 4-1.
"So the most satisfying part of it (winning in Australia) was it was a team working towards this goal over the last 12 months," said Shastri. That journey has led to India boasting one of the most fearsome bowling attacks in the world, with the breakthroughs of speedster Jasprit Bumrah and spinner Kuldeep Yadav.

While India's batting in Australia was a class above, anchored by Kohli and Cheteshwar Pujara, it was the consistency of the bowling that made the difference, with no Australian batsmen scoring a century.

Virat Kohli Ravi Shastri
Get the latest updates on IPL 2021, check out the IPL 2021 Schedule and Indian Premier League Live Score . Like us on Facebook or follow us on Twitter for more sports updates. You can also download the NDTV Cricket app for Android or iOS.