"To Hell With The Nets, Boys Need Rest": Ravi Shastri After India's Win vs Australia In Adelaide

India clinched the first Test versus Australia by a 31-run margin. The second Test is scheduled for December 14 in Perth. 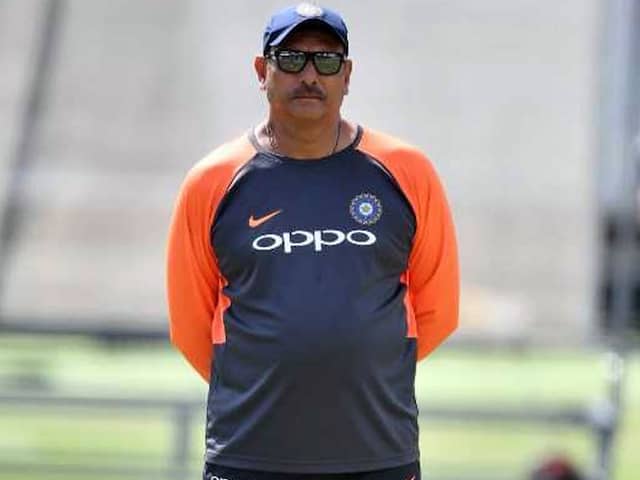 India play their next Test match in Perth.© AFP

A clinical bowling performance from the Indian team ensured Australia lose the first Test of the four-match series by a 31-run margin at the Adelaide Oval. India's next target is the second Test in Perth, in which Australia will be expected to bounce back stronger. But Ravi Shastri wants Team India players to ditch the net practice session, and take some rest instead. "They have to rest up, to hell with the nets. You just come there, mark your attendance and get away to the hotel. We know the Perth track is quick, it's a drop in surface, there will be something there for the fast bowlers," he said after the Adelaide Test.

A collective performance by the four-man Indian bowling attack -- pacers Ishant Sharma, Jasprit Bumrah, Mohammed Shami and spinner Ravichandran Ashwin -- helped India earn a 15-run first innings lead before they completed a rare win in this part of the world.

"The bowlers were brilliant in the first innings, defending 250, the discipline was magnificent. They've worked on it, it's not come in overnight. As a bowling unit, when you show that discipline, it doesn't matter which side you play against. You will be successful," Shastri said.

The coach also said he was hopeful that players had learnt from their mistakes in the first innings and commended Man of the Match, Cheteshwar Pujara, for his knocks in both the innings. "There was some rash shots played in the first innings, that was foolish cricket, but they learnt from it. Pujara was absolutely magnificent, we've asked him to be a little more upright to counter bounce in these conditions."

On youngster Rishabh Pant, who equalled the world record of most catches in a Test by a wicket-keeper, dropping the catch of Nathan Lyon, Shastri said, "You have to allow him to play his game, but he has to be a little more sensible now. "He did the hard work in getting Lyon to spread his fields, so he has to be smarter. You make a mistake now, but don't repeat it, then I'll be in his ears."

Virat Kohli Ravi Shastri Australia vs India 2018/19 Cricket
Get the latest Cricket news, check out the India cricket schedule, Cricket live score . Like us on Facebook or follow us on Twitter for more sports updates. You can also download the NDTV Cricket app for Android or iOS.