"This Test Series Is Great Because Of Virat Kohli," Says Shane Warne

Shane Warne also praised Melbourne, calling it the sporting capital of the world. 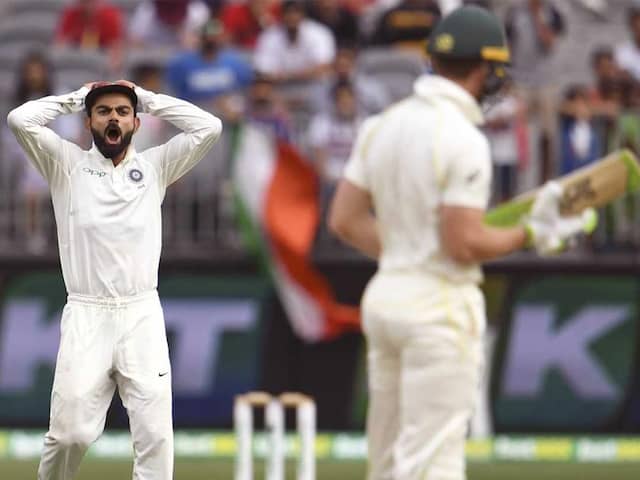 Virat Kohli prowess with the bat is not unknown in the world of cricket.© AFP

Virat Kohli prowess with the bat is not unknown in the world of cricket. Team India's skipper Virat Kohli shows his passion for the game through his aggression and his knocks make him a stand-out player. For precisely that reason, Kohli is a highly regarded player around the world. Spin legend Shane Warne, in a video shared by Brett Lee on Facebook, said that the ongoing Test series between India and Australia Down Under is great because of Virat Kohli. The four-match Test series is level at 1-1.

"This year, the Test series is great. It's because the series is locked at 1-1. It's great because of this guy... Virat Kohli. He is the greatest cricketer on the planet," Warne said.

Melbourne Cricket Ground (MCG) will host the Boxing Day Test between Indian and Australia starting Wednesday and Warne has rated the city as the "sporting capital of the world."

"Melbourne, I love this town, it's the sporting capital of the world and I love the MCG. We come here every Boxing Day for Australia's biggest day of cricket - Day 1 of the Melbourne Test match," Warne said.

"More than 80,000 fans in the stands, millions listening and watching around the world, magically drawn to the history and tradition. This is where reputations are made," he explained.

The final match of the Test series will be played in Sydney, starting January 3, 2019.

Virat Kohli Shane Warne Cricket
Get the latest Cricket news, check out the India cricket schedule, Cricket live score . Like us on Facebook or follow us on Twitter for more sports updates. You can also download the NDTV Cricket app for Android or iOS.