"That's What Has Got Him Success": Zaheer Khan On Virat Kohli's On-Field Attitude

Former India fast bowler Zaheer Khan said Virat Kohli should stick to what gets him success. 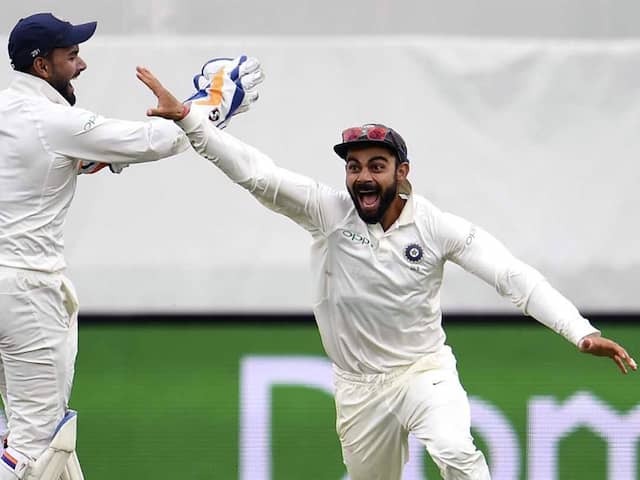 Virat Kohli's on-field attitude has been in the spotlight of late. Bollywood actor Naseeruddin Shah recently called him the "world's worst behaved player" and then Mitchell Johnson slammed his antics during the Perth Test. Speaking up on the issue in an exclusive chat with NDTV, former India fast bowler Zaheer Khan said that Virat Kohli's much-discussed on-field attitude has played a major role to play in getting him success. "When you talk about Virat Kohli, you talk about his fighting spirit, you talk about his drive, and if that has got him success then he should stick to that," Khan said.

Virat Kohli has been in the trenches and involved in several verbal spats, so much so that rival captain Paine was caught on stump mic, telling Murali Vijay that couldn't possibly like Virat Kohli as a person.

Zaheer Khan Tim Paine Australia vs India 2018/19 Cricket
Get the latest Cricket news, check out the India cricket schedule, Cricket live score . Like us on Facebook or follow us on Twitter for more sports updates. You can also download the NDTV Cricket app for Android or iOS.