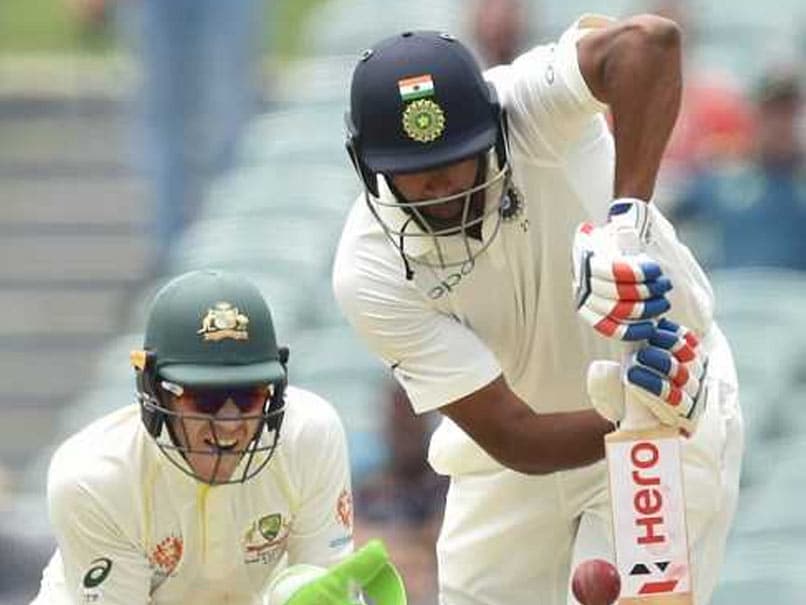 India's batting coach Sanjay Bangar on Sunday hailed Cheteshwar Pujara and Ajinkya Rahane for their contributions with the bat in the ongoing opening Test against Australia at the Adelaide Oval. But the former India all-rounder rued the performance of the lower-order and said he was disappoined his team's tailenders couldn't add more runs and need to show a bit more application than they did in the second innings. Having resumed on 260 for five in complete control at lunch, the tourists lost their last four wickets for just four runs in a panicky bout of tailend slogging.

Ravichandran Ashwin (5), Ishant Sharma(0), Mohammad Shami (0) and Jasprit Bumrah (0) could only manage to add five runs to the total as India were all out for 307 in the second innings.

"We were expecting at least 25 (more) runs from there. That is an area where we are continuously looking to improve. And we are hoping that the lower order, especially the tailenders at 9, 10, 11 show a bit more application than what they did today," Bangar told reporters after the end of the day's play.

However, Bangar was all praise for first innings century-maker Pujara, who made 71 in the second innings, and Rahane (70). The duo's 87-run partnership for the fourth wicket was crucial to India posting a 323-run target.

"Tremendous application especially after where we were at the end of the first session (on the first day) where we lost four wickets. But after that a lot of resistance and resilience was shown by Pujara," he said.

"(Pujara) has himself said that it was one of his best knocks, and on back of that he's repeated that and made a big contribution in the second innings as well. So he's managed to surpass obstacles, and got those big scores that every batsman wants.

"He must be very satisfied that he's done a role for the team and that must have led to some personal landmarks and personal glory, which he richly deserves," he added.

Australia need to make history to win on Monday. The only successful fourth innings Test run chase of more than 300 in Adelaide came in 1902, when the hosts made 315 to beat England, with the biggest in modern times the 239 West Indies managed in 1982.

For Australia, much will be riding on Shaun Marsh, the 35-year-old veteran under enormous pressure to keep his place after a run of failures with the bat.

Ishant Sharma Sanjay Bangar Australia vs India 2018/19 Australia vs India, 1st Test Cricket
Get the latest updates on Olympics 2020, Olympics 2020 Medal Tally , Live Cricket Score . Like us on Facebook or follow us on Twitter for more sports updates. You can also download the NDTV Cricket app for Android or iOS.