Virat Kohli had exchanged words with Steven Smith after taking a catch to dismiss the Australian during the first T20 international at Adelaide Oval on Tuesday. 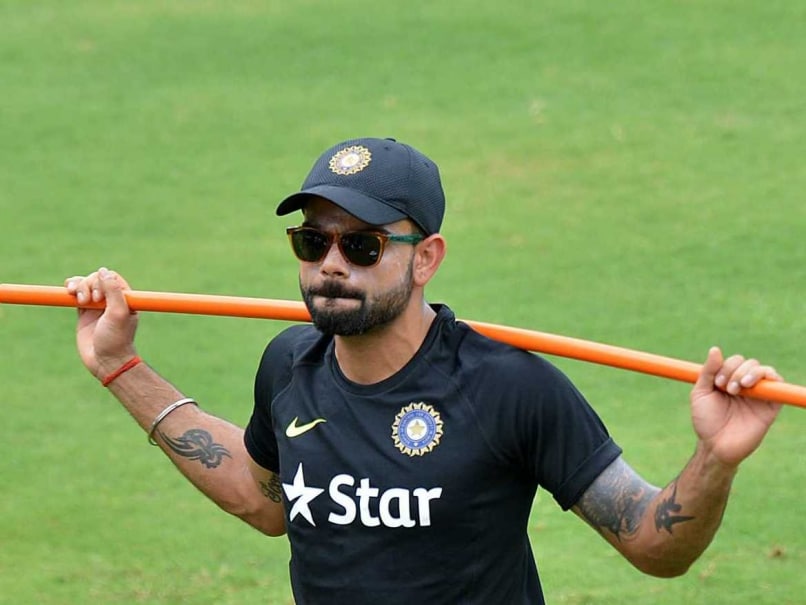 Virat Kohli said Steven Smith was having a go verbally at the junior Indian bowlers and he told him to go talk in the dressing room.© AFP
Melbourne:

Star Indian batsman Virat Kohli explained what was behind his fiery 'send-off' of Steven Smith during the first T20 international earlier this week and said that it had nothing to do with the Australian wearing a microphone.

Kohli had exchanged words with Smithafter taking a catch to dismiss the Australian during the first T20 international at Adelaide Oval on Tuesday.

The wicket came just moments after Smith had been talking to Channel Nine's commentators, and some interpreted Kohli's actions as a disapproval of the multi-tasking job Smith was doing.

But during the innings break of Friday's T20 clash at the MCG which India won to clinch the series, Kohli explained it was not related to what Smith was doing with the microphone but still everything to do with what the Australian had said in the middle of Adelaide Oval.

"I had no idea he had the mic on," Kohli was quoted by 'Daily Telegraph' as having told Channel Nine.

"He (Smith) was sort of having a go at our junior bowlers -- after hitting a boundary he was having a go at them -- so I told the umpires to keep an eye out otherwise I would have to step in.

"They did nothing and in the end I told him that he could go talk in the change room. It had nothing to do with the commentary," he said.

Kohli's comments came after Smith dished out his own riposte on the red carpet at the Allan Border Medal on Wednesday night.

Asked about Kohli's behaviour, Australia's Test and one-day skipper was less than complimentary.

"He gets pretty emotional out there, does not he? I don't think you need to do that kind of thing when someone gets out. It's fine to have a little bit of banter when you're out in the field, but when someone is out I don't really think that's on," Smith had said.

Comments
Topics mentioned in this article
India Cricket Team Australia Cricket Team Virat Kohli Australia vs India 2015-16 Cricket
Get the latest updates on Fifa Worldcup 2022 and check out  Fifa World Cup Schedule, Stats and Live Cricket Score. Like us on Facebook or follow us on Twitter for more sports updates. You can also download the NDTV Cricket app for Android or iOS.