Former India batsman Gundappa Viswanath praised Virat Kohli's captaincy skills but feels the Test captain needs to improve as a batsman ahead of the tour to Australia. 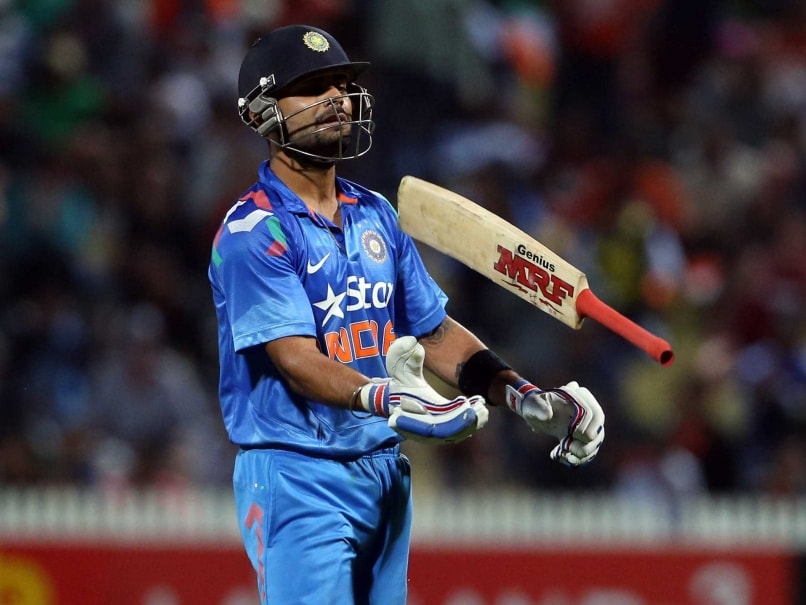 Virat Kohli may have been struggling with the bat of-late but he has found support from former India batsman Gundappa Viswanath. The Little Master, known for his touch and fineness, feels the star India batsman can bounce back after making few adjustments to his batting technique. (Virat Kohli's Stance, Balance Faulty: Sunil Gavaskar)

Viswanath feels Kohli has been error-prone, making the same mistakes over and over again. This could prove costly in Australia, he said.

"Virat needs to learn to stay at the wicket in Tests. He has strokes all around and sometimes he plays one too many. He gets out the same way too many times. He must avoid that," Viswanath told Hindustan Times.Â

Kohli has often been guilty of chasing wide deliveries. His feet wide-apart stance has also been criticised by Sunil Gavaskar during the recent Test series with South Africa. (Virat Kohli Named Board of Control for Cricket in India Cricketer of the Year)

"It requires major adjustment. But to start with, instead of playing towards cover and cover point he should play straight and to mid-off. And instead of following the ball, he should let it go," Viswanath added.

Regarded as India's best player in ODIs, Kohli struggled in the Carlton Tri-series in Australia last year. He could only manage 29 runs from four matches.

Kohli started the World Cup on a strong note smashing a match-winning century against Pakistan at the Adelaide Oval. But since then his performance has been below par. In 2015, Kohli scored 623 runs from 20 games at an average of 36.35, which included two centuries and one half-century.

While Kohli might be struggling with the bat, Viswanath was impressed by his captaincy.Â Â (Virat Kohli's Aggressive Approach a Breath of Fresh Air, But Bigger Challenges Await Team India)

"He has the qualities needed for a good captain. He is giving chance for players to excel. If he feels strongly about something, he does it," said the 66-year-old.

India will play five ODIs and three Twenty20 international in Australia starting from January 12. India will be led by MS Dhoni and Kohli will be free from the burden of captaincy. Will the runs flow?

Comments
Topics mentioned in this article
India Cricket Team Virat Kohli Gundappa Ranganath Viswanath Australia Cricket Team Australia vs India 2015-16 Cricket
Get the latest updates on T20 World Cup, check out the T20 World Cup Schedule and Live Score . Like us on Facebook or follow us on Twitter for more sports updates. You can also download the NDTV Cricket app for Android or iOS.