Virat Kohli continued to torment the Australians, hitting another quick-fire half-century in India's second win in the Twenty20 series. 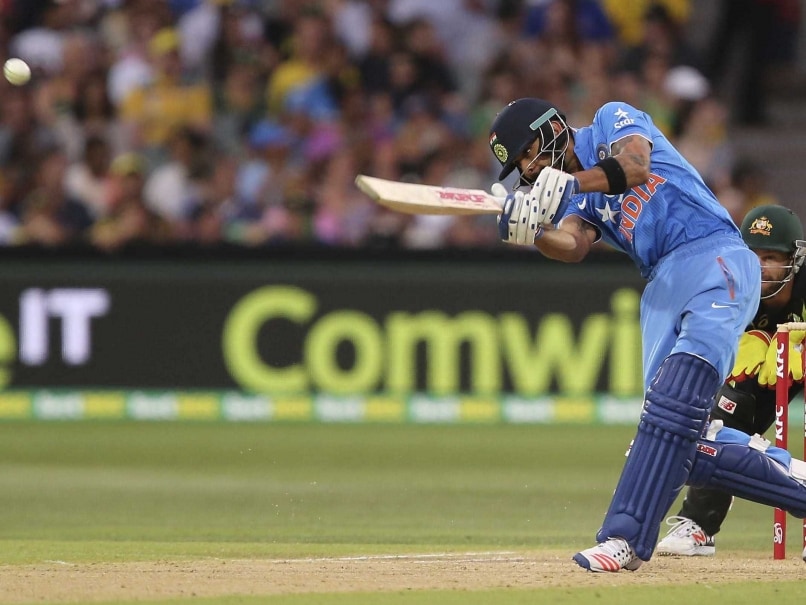 Virat Kohli scored 59 off just 33 balls in the second Twenty20 game against Australia in Melbourne.© AP

A rampaging Kohli continued to torment the Australians, hitting another quick-fire half-century in India's second win in the Twenty20 series. (All-Round India Win Maiden Twenty20 Series Versus Australia in Melbourne)

"He is setting the bar higher for the future players. He is in fantastic form.. form which the players dream about. He can even bat at midnight without light and still bat well. The Australians can't get him out. They will have to wait for him to commit a mistake," Gavaskar said.

The former Indian opener also suggested that India must not tinker with the batting order even as the series has been claimed by them. His reply came when he was asked if Yuvraj Singh should be promoted to number three so that he can get some match practise under his belt. (Mahendra Singh Dhoni Says Bowlers Executing Plans Well, Rules Out Experimentation)

"I want to see India win the series 3-0. Kohli should continue to bat at number three. Never ever flirt with form, it's so fickle, don't flirt with it. Yuvraj can bat during the Asia Cup, World Twenty20. Let India make a clean sweep."

Gavaskar felt that skipper MS Dhoni now has a "balanced side" at his disposal and that's why the team was getting desired results in Twenty20 series.

"He has got now Yuvraj, Ashish Nehra, Hardik Pandya in the side. He has plenty of bowling and batting options. It has eased off the pressure on him. Bhajji (Harbhajan Sigh) is sitting on the bench which means it is a very good selection. The balance is terrific. Pandya can bat at number seven and can bowl. Even if a bowler is hammered around, Dhoni can go to the other bowler," Gavaskar opined.

"The Aussies were under pressure and it was a good omen for the Indians for the World Twenty20."

Australia rested Steven Smith and David Warner so that they can begin preparations for the New Zealand Test series but Gavaskar was not impressed.

"Anybody who is taking it lightly, representing the country, deserves the result they get. Always play with your best players. It smacks of arrogance," he said.

Comments
Topics mentioned in this article
Virat Kohli Sunil Manohar Gavaskar Australia vs India 2015-16 Melbourne Cricket Ground Cricket
Get the latest updates on SA vs IND 2021-22, check out the Schedule and Live Score . Like us on Facebook or follow us on Twitter for more sports updates. You can also download the NDTV Cricket app for Android or iOS.