Shane Watson to Lead Australia in Final T20I vs India

Shane Watson replaces the injured Aaron Finch, who damaged his left hamstring during the 27-run loss at the Melbourne Cricket Ground on Friday evening. 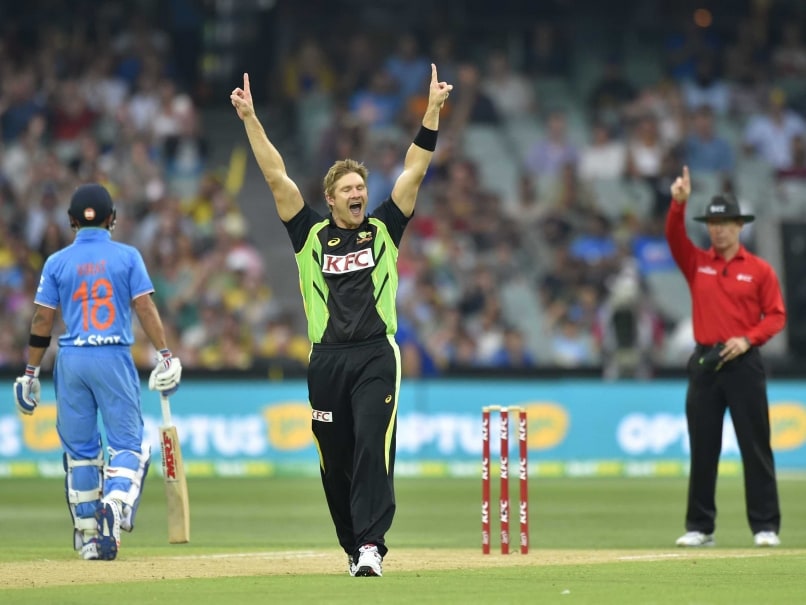 Shane Watson is the ninth player to lead Australia in T20Is.© AFP

Shane Watson will captain Australia in the final T20I against India at the Sydney Cricket Ground on Sunday.

Watson takes over for Aaron Finchwho damaged his left hamstring during the 27-run loss in Melbourne on Friday.

His appointment as skipper followed a recommendation by the National Selection Panel which was approved by Cricket Australia's Board of Directors.

"It is an honour to be asked to lead the side on Sunday, although the circumstances are far from ideal," said the 34-year-old all-rounder according to an official release.

Watson was confident that Australia would come out all guns blazing in the final match depite havng lost the series.

"We may have lost the series but there is a great deal to play for with the ICC World Twenty20 coming up and you can be sure we will be determined to do well in Sydney," he said.

Usman Khawaja replaces Finch in the squad for Sunday's game. He has also been drafted in to the ODI squad for the series in New Zealand.

Watson is Australia's second most experienced T20I player with 51 caps; only David Warner (54) has appeared more often for Australia in the shortest form of the game.

He will be the ninth player to lead Australia in T20Is.

He has previously captained his country in one Test and nine One-Day Internationals in 2012 and 2013.

The 34 year-old all-rounder is Australia's leading wicket-taker in the T20I format with 41 victims and his tally of 1191 runs is second only to Warner's haul of 1465 for his country.

The captain for the ICC World Twenty20 in India in March will be named when the squad is announced in February.

The squad for the final match:

Comments
Topics mentioned in this article
India Cricket Team Australia Cricket Team Shane Watson Australia vs India 2015-16 Cricket
Get the latest updates on SA vs IND 2021-22, check out the Schedule and Live Score . Like us on Facebook or follow us on Twitter for more sports updates. You can also download the NDTV Cricket app for Android or iOS.