Shane Watson became the first player to score a T20 international hundred against India, during the third and final match in Sydney. 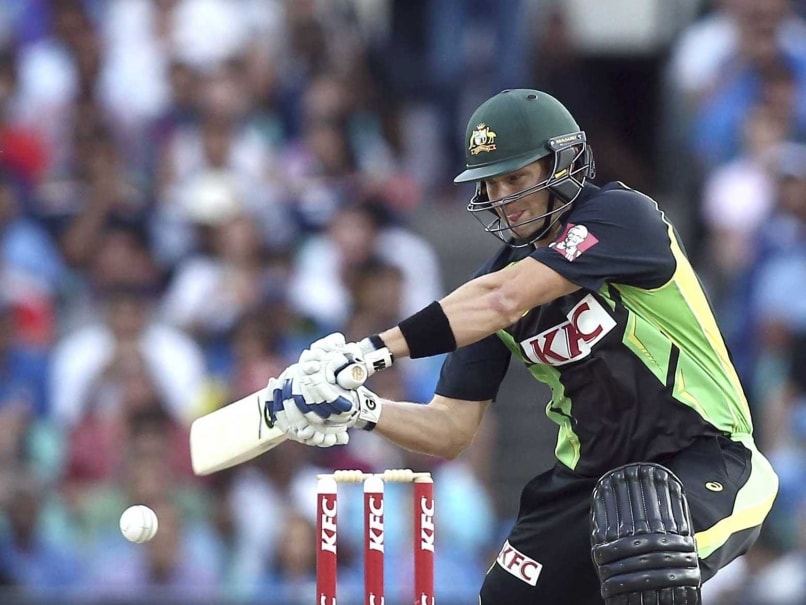 Watson, who was handed over the reigns after regular skipper Aaron Finch was ruled out due to a hamstring pull, took 60 balls to reach his maiden T20 international century when he drove Ravindra Jadeja for a four past mid wicket in the 17th over.

Batting at his favourite opening position in his 50th innings, Watson took on the Indian bowlers right from the start as he hit 10 fours and six sixes in his entertaining knock. Thanks to his blazing innings, he became the first Australian ever to score a hundred in all formats in international cricket.

Things got better for Watson as the day progressed. He got the vital wicket of Shikhar Dhawan for 26 and took the vital catch of Rohit Sharma for 52. He bowled a tight over towards the end to finish with figures of 4-0-30-1. However, his exploits were not enough as India chased down 197 to complete a 3-0 clean sweep. Watson ended up as the Man of the Match for his all-round exploits.

Other statistical highlights of Watson's innings:

# He also became the first player in the history of the shortest format to hit a hundred against India. The previous best was Chris Gayle's 98 in Bridgetown during the 2010 World Twenty20.

# He now holds the record for the highest score by a captain in T20Is, going past Faf du Plessis's 119 against the West Indies in Johannesburg in 2015.

# His score is also the highest on Australian soil. Damien Martin had scored 96 against South Africa in Brisbane in 2009.

Comments
Topics mentioned in this article
Shane Watson Australia vs India 2015-16 Cricket India Cricket Team Australia Cricket Team
Get the latest updates on Fifa Worldcup 2022 and check out  Fifa World Cup Schedule, Stats and Live Cricket Score. Like us on Facebook or follow us on Twitter for more sports updates. You can also download the NDTV Cricket app for Android or iOS.