Australia's stand-in coach Michael Di Venuto has asked his fresh faces not to think about the future and concentrate on the performing well in Twenty20 series against India. 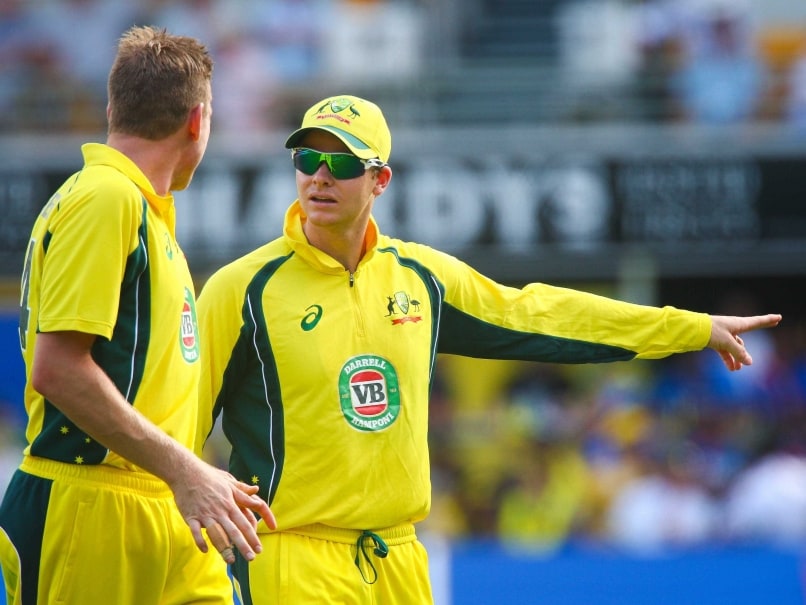 Steven Smith would be hoping that the likes of Chris Lynn, Travis Head and seamer Andrew Tye will perform well in the three-game T20 series against India.© AFP

Stand-in Australia coach Michael Di Venuto has asked his players to play their natural game in the T20 International series against India beginning January 26 and not to think too much about the impending team selection for the World Twenty20. (Read More in Tennis)

Batting mentor Di Venuto will steer Australia in the T20 series after head coach Darren Lehmann was diagnosed to be suffering from Deep Vein Thrombosis.

Di Venuto said Australia's 17 hopefuls for World T20 ticket to India during March/April must remain true to their games and they should avoid audition 'stagefright'.

"Obviously there is a big carrot at the end of this with the World Cup team being picked, and you can only pick 15 people so we want to give people opportunities to see what they can do," Di Venuto said.

"If they're thinking about the World Cup they are likely to go out there and get a bit of stage fright. They have to play exactly how they have been playing. T20 is all about expressing yourself, backing your ability and taking the game on," he was quoted as saying in Daily Telegraph.

"He has had a tremendous BBL campaign and we are really excited to have him in the squad and see what he has got to offer," said Di Venuto of Head.

"Taity bowls fast and we saw that in the BBL and is still knocking players over. If he can take early wickets that will be huge bonus."

Di Venuto hoped the revamped T20 unit under Aaron Finch's could gel together and nail a breakthrough World T20 title.

"We want to get a bit of momentum. We have some fantastic T20 players who perform well in all competitions but just have not performed as a team when we have got World Cups."

Comments
Topics mentioned in this article
Australia vs India 2015-16 Chris Lynn Shaun Tait Cricket
Get the latest updates on ICC T20 Worldcup 2022, check out the Schedule and Live Score. Like us on Facebook or follow us on Twitter for more sports updates. You can also download the NDTV Cricket app for Android or iOS.