India Aim for Whitewash vs Australia in Sydney T20I

India had lost the ODI series 1-4 but bounced back in style to take an unassailable 2-0 lead in the T20 series with comprehensive wins in Adelaide and Melbourne. 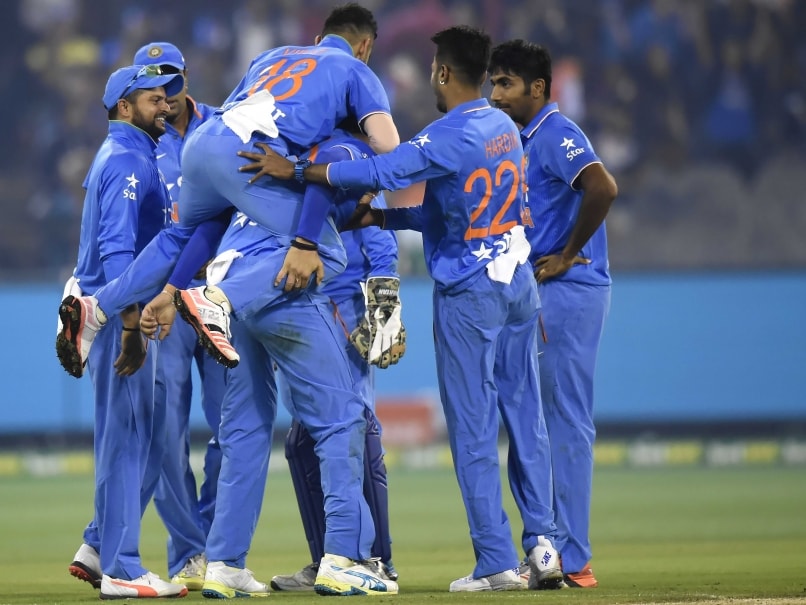 The series already in their pocket, India would aim for a clean sweep against the hosts and end the tour of Australia on a high when the two teams clash in the third and final Twenty20 international here on Sydney.

India had lost the ODI series 1-4 but bounced back in style to take an unassailable 2-0 lead in the T20 series with comprehensive wins in Adelaide and Melbourne.

It was at the Sydney Cricket Ground that the Men in Blue scripted their turnaround on this trip, with Manish Pandey playing a match-winning hand with his maiden ODI hundred.

Giving the youngsters a chance has been the key feature of this tour for the Indian team, and the progress of the likes of Gurkeerat Mann, Rishi Dhawan and Barinder Sran will be a big positive as the team looks to build on for the 2017 Champions Trophy and the 2019 ODI World Cup.

Keeping on with the same theme, in the present context of the T20I series and the upcoming World T20, the arrival of Jasprit Bumrah and Hardik Pandya also bodes well for the team's plans.

When the selectors will sit to pick the World T20 squad, both Bumrah and Pandya will be in serious contenders, having impressed one all with their performance.

Their presence in the eleven has allowed MS Dhoni a multitude of bowling options. Bumrah has only had the one off game in three, and that too largely due to the persistence of the skipper to not bowl spinners within the first six overs in the last match.

In the previous games, he has bowled well in the death too, a plus point for India in T20 cricket. Pandya has bowled consistently at good speeds and his presence provides additional cover for the pacers.

This is where the roles played by Yuvraj Singh and Suresh Raina get amplified to a large extent. Post the Melbourne win, Dhoni discussed in fine detail that even one over bowled by the part-timers - good or bad - takes a load off the bowling attack.

And when it increases to two overs like the ones bowled by Yuvraj on Friday, it is just an added bonus in the scheme of things.

The duo's presence has added a tighter balance to the playing squad, and India have looked well suited to the T20 format, especially in comparison to their opponents. It is a reversed scenario from the ODIs where Australia just steam-rolled India in all departments, until the final match.

As such, India will be keen to continue their run of form and give the same eleven another run-in before the tour ends.

Dhoni said as much in the post-match press conference at the MCG, underlining that the word 'experimentation' doesn't have much use in the Indian dressing room.

He added that they would rather play different individuals in different situations, but the current situation doesn't allow room for any such maneuvering.

In that light, it is expected that India will go in with the same batting line-up as the first two T20Is. But the big question remains - will Yuvraj or Pandya get a hit in the middle.

Yuvraj's credentials with the ball are already proven, but it is his form with the bat that would be worrying the team management. While the top-order is in scintillating form, and Dhoni has assigned the big-hitting duties onto himself, time could run out before Yuvraj's run-scoring ability can be re-ascertained.

Counting the Sydney T20I and the Sri Lanka series at home, it leaves at best four matches to figure out this conundrum as the Asia Cup squad is expected to be the same as the one for the 2016 World T20.

While the time frame is an uncertain one, there is also the question if Yuvraj is India's best option in that middle-order slot.

Ajinkya Rahane (slowly regaining fitness, but expected not to play again) and Pandey could be the other options, but the left-hander edges them out on his spin bowling alone.

And indeed, spin will be the keyword in the sub-continental conditions for the World T20, and as such the team management will perhaps concentrate more on who ought to be the third-choice spin option.

Harbhajan Singh is waiting in the wings, while there could also be a case to give Umesh Yadav a game as Ashish Nehra has been expensive in both the matches, and hasn't exerted the control he has shown in the recent IPL seasons.

Even so, when the team departs from Sydney on Monday, irrespective of the result of the game, they will be content.

Meanwhile, the same cannot be said of Australia, who seem to be more keen on the New Zealand tour than the World T20 at present. It was indeed astonishing that they sent ahead their key players - David Warner and Steve Smith - before the second T20I while the home series was still alive.

Perhaps it makes more sense to have done so now, as the series is lost, and Matthew Wade, John Hastings and Kane Richardson have also left for the neighbouring island.

It means more changes to the hosts' line-up for the final T20I. With Aaron Finch ruled out owing to a hurt hamstring, Shane Watson will lead the side and Usman Khawaja has been drafted into the squad for this final match.

Cameron Bancroft will don the gloves in place of Mathew Wade, but otherwise, it is fairly impossible to predict the look for Australia's playing eleven for Sunday.

Comments
Topics mentioned in this article
India Cricket Team Australia Cricket Team Stadium Australia, Sydney Australia vs India 2015-16 Cricket
Get the latest updates on ICC T20 Worldcup 2022 and CWG 2022 check out the Schedule, Live Score and Medals Tally. Like us on Facebook or follow us on Twitter for more sports updates. You can also download the NDTV Cricket app for Android or iOS.