Due to a hamstring injury, Aussie skipper Aaron Finch will miss the third and final Twenty20 vs India in Sydney. Usman Khawaja has been called in by Australian selectors. 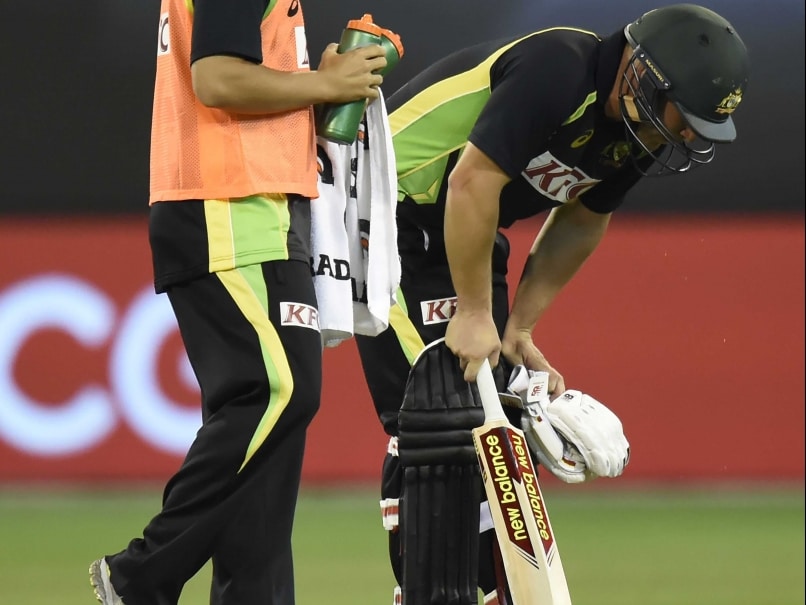 Aaron Finch's, Australia Twenty20 captain, hamstring injury may keep him out for a lengthy duration.© AFP

Australia captain Aaron Finch will miss the third and final Twenty20 International of the series against India in Sydney on Sunday because of an injury to his left hamstring. Finch will be replaced in the squad by Queensland and Sydney Thunder batsman Usman Khawaja. (All-Round India Win Maiden Twenty20 Series Versus Australia in Melbourne)

Finch suffered the injury while scoring 74 in 48 balls in Australia's 27-run loss at the Melbourne Cricket Ground on Friday evening. India have a 2-0 lead in the three-match series.

Cricket Australia physio Alex Kountouris said: "Aaron suffered the injury to his left hamstring while batting and although it is too early to confirm the full extent of the issue, we do know that it will prevent him playing in Sydney on Sunday. We believe it is not a recurrence of a previous injury he suffered to the same hamstring.

"Aaron will remain in Melbourne to undergo scans and we will be in a position to announce in due course the expected length of time he will be sidelined."

Finch said: "It is hugely frustrating to suffer this injury. I am hoping it will not keep me out for a lengthy period of time, especially with an ICC World Twenty20 on the horizon, but I will be guided by the specialists."

Comments
Topics mentioned in this article
Aaron Finch Usman Khawaja Australia vs India 2015-16 Cricket
Get the latest updates on Fifa Worldcup 2022 and check out  Fifa World Cup Schedule, Stats and Live Cricket Score. Like us on Facebook or follow us on Twitter for more sports updates. You can also download the NDTV Cricket app for Android or iOS.