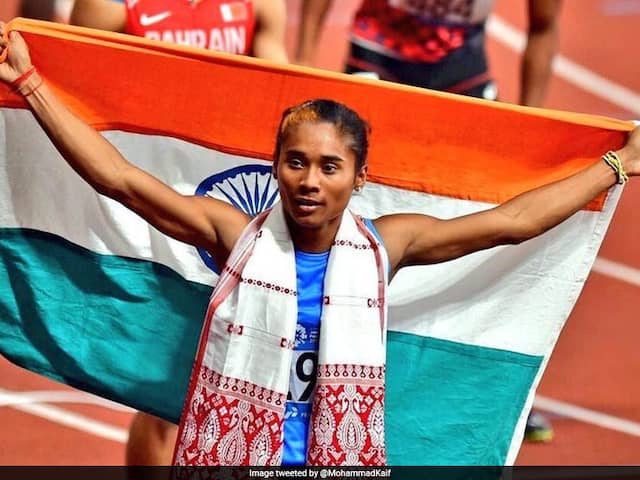 Hima Das, after sweeping five gold medals inside a month, has promised to bring more laurels to the country. The ace Indian sprinter Hima Das added a fifth gold to her tally after clinching the top podium spot in a 400m race in Prague, Czech Republic. She was congratulated by many after her glorious run, including the likes of Prime Minister Narendra Modi. The Dhing-born sprinter took to Twitter to thank everyone, and in a reply to Prime Minister Narendra Modi, promised to bring more medals for India. "Thank you @narendramodi sir for your kind wishes. I will continue to work hard and bring more medals for our country," Hima Das tweeted.

Thank you @narendramodi sir for your kind wishes. I will continue to work hard and bring more medals for our country. https://t.co/wR8uXR1CL0

These were Hima Das' first appearance after recovering from back muscle spasm which she suffered during the Asian Athletics Championships, earlier this year.

Hima Das, however, is yet to qualify for the World Championships and Olympics 2020.

Among other major accolades, Hima Das, had clinched gold medals in the women's 4x400 metres relay category and mixed 4x400m in 2018 Asian Games.