Though he is set to miss the Asia Cup in UAE, Shaheen Afridi made sure he didn't miss the opportunity to meet his Indian opponents. 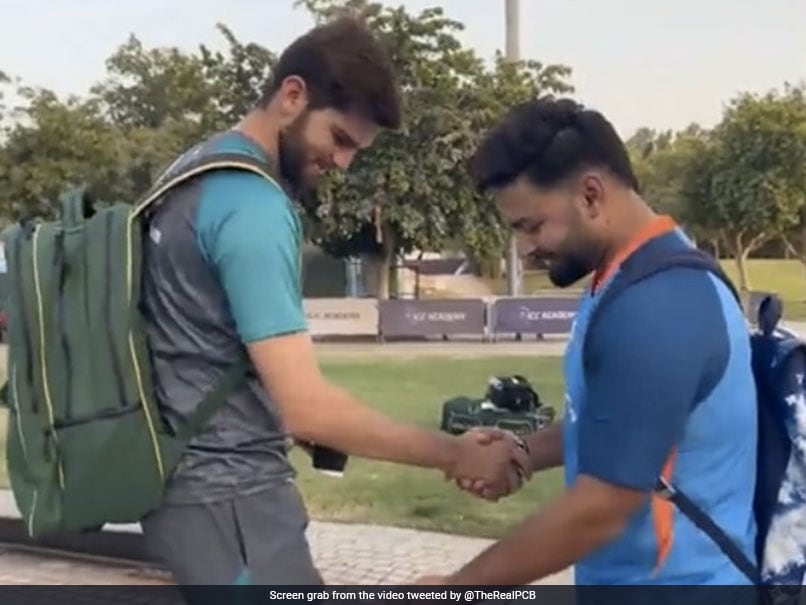 India and Pakistan will be squaring off on August 28 at the Dubai International Stadium. Both the sides are currently gearing up for the high-octane clash, which will be the first match between them since the T20 World Cup last year. While India's Jasprit Bumrah is set to miss the entire tournament, Pakistan also suffered a big blow before their Asia Cup campaign kicks off as the side will see its ace bowler Shaheen Shah Afridi missing the continental event.

Though he is set to miss the Asia Cup in UAE, Shaheen made sure he didn't miss the opportunity to meet his Indian opponents ahead of his side's clash.

The Pakistan Cricket Board uploaded a video on social media late Thursday in which Shaheen could be seen meeting the likes of Virat Kohli, Yuzvendra Chahal, Rishabh Pant and KL Rahul.

Stars align ahead of the #AsiaCup2022

A high-profile meet and greet on the sidelines pic.twitter.com/c5vsNCi6xw

His meeting with the Indian wicketkeeper turned out to be a rather funny one.

During his chat with Pant, Shaheen hilariously told him that he wants to bat like the Indian southpaw and hit one-handed sixes like him.

Pakistan team dealt with another blow ahead of the clash against India as their fast bowler Mohammad Wasim got ruled out of the T20 Asia Cup due to a left side strain, Pakistan Cricket Board announced on Friday.

Rishabh Pant Asia Cup, 2022 Cricket
Get the latest updates on IPL Auction 2023 and check out  IPL 2023 and Live Cricket Score. Like us on Facebook or follow us on Twitter for more sports updates. You can also download the NDTV Cricket app for Android or iOS.