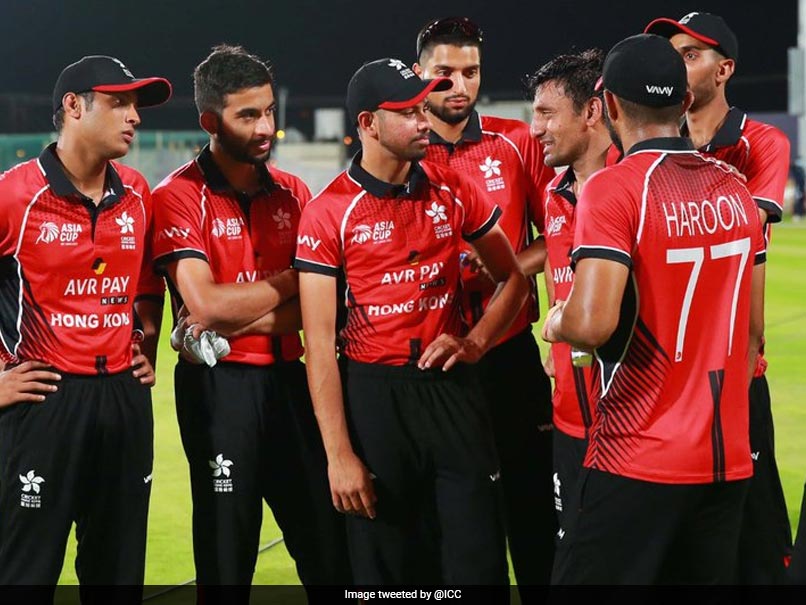 Hong Kong vs United Arab Emirates, Asia Cup Qualifiers, Highlights: Hong Kong beat UAE by 8 wickets on Wednesday in the Asia Cup qualifiers in Oman to finish on top of the standings and seal a spot in the group stage of the tournament. Hong Kong finished the qualifiers with three wins out of three. On Wednesday, Hong Kong elected to field and bowled their higher ranked opponents out for 147. UAE captain Chundangapoyil Rizwan top-scored for them with 49, while Zawar Farid scored 41. Ehsan Khan was the pick of the bowlers for Hong Kong, with figures of 4/24 from his four overs. Ayush Shukla took three wickets. The Hong Kong openers then put on an 85-run stand to take the match away from their opponents. Captain Nizakat Khan fell for 39, but his opening partner Yasim Murtaza went on to score 58. Babar Hayat was unbeaten on 38 as Hong Kong completed the chase with an over to spare. Hong Kong have now joined India and Pakistan in Group A of the Asia Cup. Their first match will be against India on August 31. (Scorecard)

United Arab Emirates Asia Cup, 2022 Hong Kong vs United Arab Emirates, Match 6 Live Score Live Cricket Score Live Blogs Cricket
Get the latest updates on IPL Auction 2023 and check out  IPL 2023 and Live Cricket Score. Like us on Facebook or follow us on Twitter for more sports updates. You can also download the NDTV Cricket app for Android or iOS.