World Cup 2018: Neymar Hits Back At Critics After Brazil Win Over Costa Rica

A largely frustrating afternoon for the five-time world champions was forgotten thanks to two goals in stoppage time. 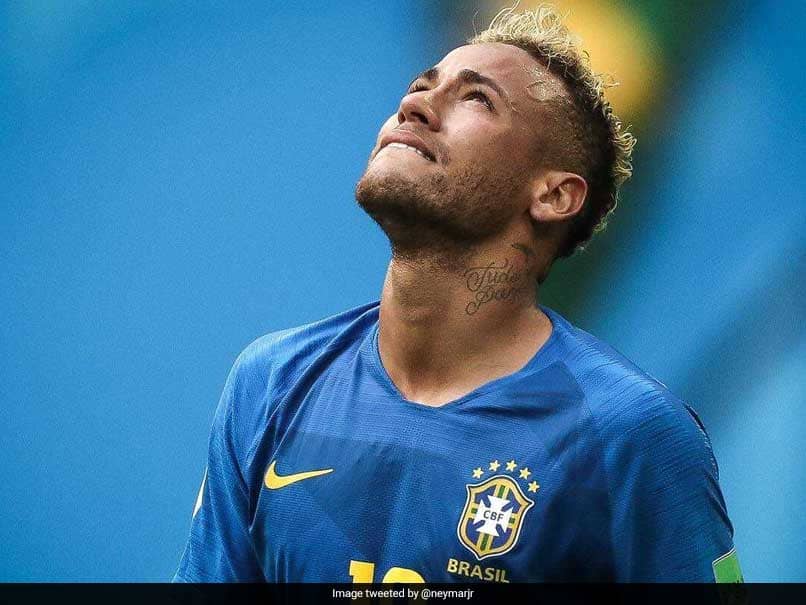 Neymar rounded on his critics and defended his emotional reaction to scoring in Brazil's 2-0 World Cup win over Costa Rica after he broke down in tears at the final whistle. A largely frustrating afternoon for the five-time world champions was forgotten thanks to two goals in stoppage time. Philippe Coutinho broke the deadlock before Neymar tapped home with virtually the last kick of the game. "Not everyone knows what I went through to get here," he posted on Twitter and Instagram. "Even parrots can talk, but walking the walk... not everyone does it. I cried out of happiness, overcoming, grit and desire to win. "Things were never easy in my life, so why would they be now? The dream - no, the OBJECTIVE - is still alive. Congratulations for the performance, guys."

The world's most expensive player was making just his fourth appearance after breaking a bone in his foot in February.

"He needs some time to resume his high standard. Before then there is a team that has to be strong and not depend on him."

Neymar's emotions at the end highlighted Brazil's relief at getting their first win of the tournament after being held 1-1 by Switzerland in their opening match.

Tite fell to the floor as he sped onto the pitch following Coutinho's strike.

However, there is some concern in Brazil that Neymar's tears are a sign he may struggle to handle the pressure against tougher opposition as the tournament progresses.

"It's not normal to cry in the second game of a World Cup," Brazil's biggest newspaper, O Globo, said.

"A team needs to demonstrate mental strength, not fragility. Genuine or not, Neymar's crying is worrying."

Costa Rica Brazil vs Costa Rica, Match 24 2018 FIFA World Cup Neymar Philippe Coutinho Football
Get the latest updates on IPL 2021, IPL Points Table , IPL Schedule 2021 , live score . Like us on Facebook or follow us on Twitter for more sports updates. You can also download the NDTV Cricket app for Android or iOS.