Uruguay and France are pitted in possibly one of the closest clashes in the quarter-finals. 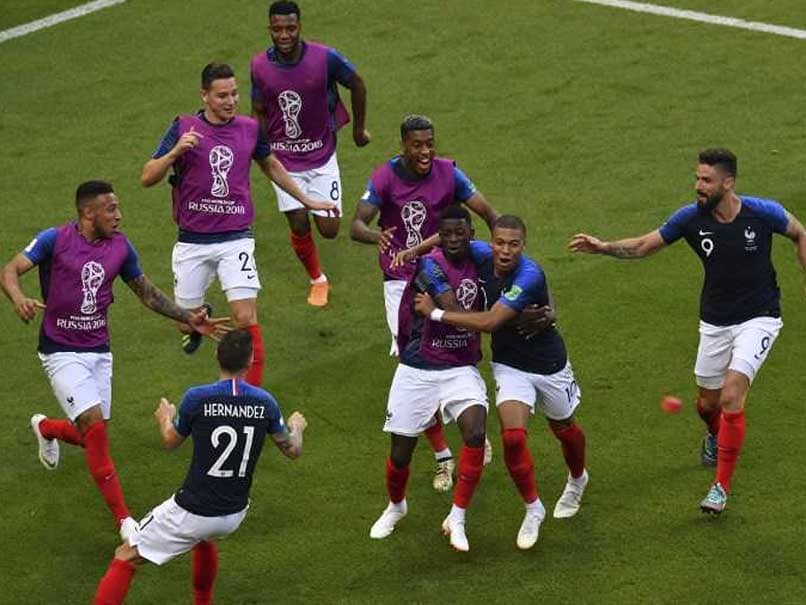 France will pin their hopes on Mbappe but the teenager will be up against Uruguay's brilliant defence.© AFP

France and Uruguay will clash in the first quarter-final match of World Cup 2018 on Friday. The Nizhny Novgorod Stadium will play host to the mouth-watering contest which is being touted as a clash between Uruguay's steely defence against France's free-flowing attacking football. Both teams are unbeaten heading into the match of former world champions. While Uruguay have won all their games and have conceded just the one goal so far, France knocked out Argentina in a spectacular Round of 16 clash. The latest of Uruguay's three meetings with France at a FIFA World Cup took place at South Africa 2010 when the sides played out a goalless draw in Cape Town on June 11 that year.

While Uruguay sweat on the fitness of striker Cavani, it should be remembered that La Celeste's progress in Russia has been built upon their defence as much as their A-list attack.

While France pin their hopes on Mbappe, it is unlikely that the teenage superstar has encountered a defence quite like Uruguay's.

Led by captain Diego Godin, and including Jose Gimenez, Martin Caceres and Diego Laxalt, along with goalkeeper Fernando Muslera, Uruguay's defence have the joint-best record at the FIFA World Cup 2018.

They passed through the group stage without conceding a goal, and the only player to score against Uruguay was Portugal's Pepe in the last 16, and that was ultimately in vain.

Brazil are the only other team to have conceded just the solitary goal so far.

Between them, the experienced defence have over 350 international caps between them. They are supremely well-organised and have already served notice that Mbappe will not have the same kind of freedom he enjoyed against Argentina.

"If you let France have space it will be very difficult," Uruguay's coach Oscar Tabarez said after securing a place in the quarter-finals.

And he has also insisted that he is happy to cede possession to France in a bid to make the last four.

France's conundrum against Uruguay is knowing best how to utilise Mbappe and his fellow attacking danger, Antoine Griezmann.

The French limped through their group stage but burst to life in their exhilarating 4-3 last-16 win over Argentina, inspired by Paris Saint-Germain's USD 220 million (188-million-euro) Mbappe.

Didier Deschamps, France's coach, has already indicated that he is expecting a different kind of game from "solid" Uruguay from the seven-goal thriller in Kazan.

The match is likely to be unsurprising, if not only for tactics, but also because of those involved.

Whoever -- and however -- decides the match is likely to have to get one over on a domestic teammate.

Cavani, who may play some part despite his calf injury, plays with Mbappe and PSG.

Godin and Gimenez are colleagues -- and close friends -- with Griezmann, Rodrigo Bentancur and Blaise Matuidi play for Juventus, while Luiz Suarez and French defender Samuel Umtiti play for Barcelona.

Luis Suarez Edinson Cavani 2018 FIFA World Cup Uruguay vs France, Quarter-Final 1 Football
Get the latest updates on India vs Australia Series, check out the India vs Australia Schedule for 2020-21 and Ind vs Aus live score . Like us on Facebook or follow us on Twitter for more sports updates. You can also download the NDTV Cricket app for Android or iOS.