Spain face a tough challenge to reach the FIFA World Cup 2018 knockout as the 2010 champions take on eliminated Morocco in their Group B clash at Kaliningrad Stadium on Monday. 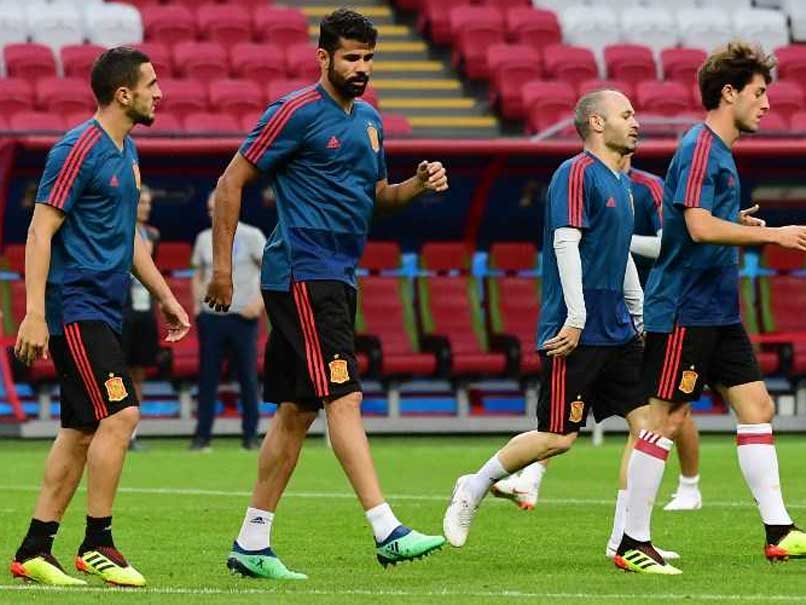 Sergio Ramos-led Spain face a tough challenge to reach the FIFA World Cup 2018 knockout stage following a "lucky" 1-0 win against Iran as the 2010 champions take on eliminated Morocco in their Group B clash at Kaliningrad Stadium in Russia on Monday. The win against Iran lifted Spain to the top of their group. Spain, who drew 3-3 with Portugal in their opening clash of the World Cup match, held on for their first win to move level with Portugal on four points in Group B after the European champions earlier beat Morocco.

A win for Spainwould guarantee the 2010 World Champion a place in the knockouts. A draw would be enough if Portugalbeats Iran in the other Group B match.

"We have to be faithful to the end to the style of play that defines us," Spain midfielder Isco said ahead of the game.

"We have to play, pass a lot, keep the ball. If we play quickly across the pitch the chances will come."

Along with Real teammates Lucas Vazquez and Marco Asensio, Isco represents the cream of a new crop of Spanish talent looking to fill the void left in the national team after legend Xavi's retirement.

"This is my first time in a big competition with the national side," he said. "I feel at ease but it's easier with all the big players in the side."

Playing behind striker Diego Costa, Isco has delighted Spain fans this tournament with his deft touch and vision, but the team heads to Russia's European enclave knowing the job is far from done.

While they could progress with a draw they would need to win and score more goals than Portugal in their match with Iran in order to guarantee top spot in Group B.

Coach Fernando Hierro, who only took the job two days before the tournament began after the shock dismissal of Julen Lopetegui, said his team won't underestimate a Morocco squad that are yet to pick up a point.

"This is the World Cup, and not one single game is going to be easy," Hierro said. "We can improve, and I hope we will keep winning while we do so, but nobody is giving anything away easily.

"In certain groups teams have already qualified (for the last 16) but our group is very tough. We have no option but to secure all three points against Morocco."

Spain and Morocco have faced each other twice before, with Spain winning on both occasions.

David de Gea 2018 FIFA World Cup Football Spain vs Morocco, Match 35
Get the latest updates on ICC Women's Cricket World Cup 2022 and IPL 2022, check out the Schedule , Live Score and IPL Points Table. Like us on Facebook or follow us on Twitter for more sports updates. You can also download the NDTV Cricket app for Android or iOS.