Mexico created the first upset of the 2018 FIFA World Cup, overcoming defending champions Germany 1-0 in a frenetic Group F game at the Luzhniki Stadium on Sunday. 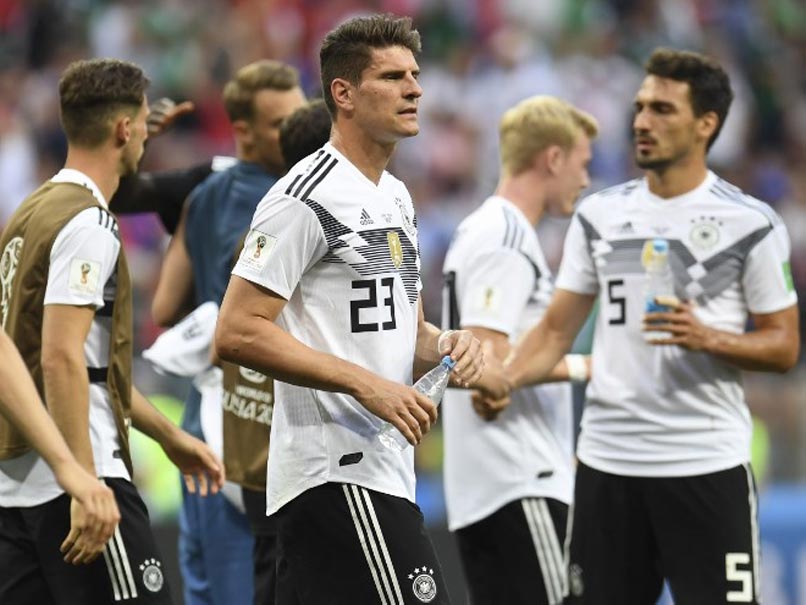 Mexico created the first upset of the2018 FIFA World Cup, overcoming defending champions Germany 1-0 in a frenetic Group F game at the Luzhniki Stadium on Sunday. Forward Hirving Lozano's 35th-minute goal proved to make the difference in a match played at a very high tempo as four-time champions Germany began their title defence on a disastrous note. Here's a look at five things we learned on a frustrating night for the reigning world champions at the Luzhniki Stadium:

Whether it was down to a distracting pre-World Cup scandal or the result of an average season at Arsenal, Mesut Ozil was woeful. Ozil and Manchester City's Ilkay Gundogan, who were born in Germanyto Turkish parents, drew the wrath of fans after posing for a photo alongside President Recep Tayyip Erdogan last month. On Sunday, the attacking midfielder offered only token resistance during the build-up to Hirving Lozano's 35th-minute goal as the Mexicans tore through Germany's midfield.

Head coach Joachim Loew has said Ozil struggled emotionally after being booed by German fans in a warm-up friendly following the Erdogan incident.

With fleet-footed Marco Reus in form, Loew may choose to start with a different playmaker against Sweden in Sochi next Saturday.

Despite twice fracturing his left foot in 2017, the world-class stopper was bossing Germany's penalty area until his defence leaked and Lozano scored. Germany's captain conceded just four goals in seven games during the successful 2014 World Cup campaign and looked sharp in Moscow despite nine months on the sidelines. Of the problems Loew has to fix, Neuer is not one and he had little to do in the second half as Germany pushed for an equaliser that never came.

Philipp Lahm and Bastian Schweinsteiger have retired since the last World Cup but the next generation of leaders failed to calm the situation when Mexico went ahead. When counter-attacks poured through the middle of the German ranks in the first half, experienced defensive midfielders Toni Kroos and Sami Khedira, who was taken off after an hour, failed to stem the flow. With Ozil offering precious little and Thomas Mueller having a rare off-day, Timo Werner, Reus and Julian Draxler -- none of whom are World Cup winners -- looked like the men most likely to equalise. Loew has been guilty in the past of putting too much faith in his senior players and the German press are bound to raise the issue again. He has a contract with the German FA until the 2022 World Cup and defeat in Moscow is the first serious black mark against his name during 12 years as head coach.

Werner, the golden boot winner when Germany lifted the Confederations Cup last year, is still a work in progress and it showed in Moscow. The 22-year-old striker could not convert the half-chances which came his way, but with his pace, strength and willingness to help in defence, he deserves another chance against Sweden. Burly Mario Gomez, who came off the bench in Moscow, is an alternative or Loew could push forward Mueller, who scored a hat-trick up front against Portugal at Brazil 2014.

Centre-backs Mats Hummels and Jerome Boateng initially looked solid in Moscow, snuffing out attacks and clearing danger, but the German defence was badly caught out when Mexico hit the gas. The world champions were torn to pieces when Mexico attacked at lightning speed on the counter, leaving Boateng and Hummels to try in vain to plug the gaps.

Boateng could not snuff out the danger during the crucial break and Hummels was out of position.

The problems started further up as Kroos and Khedira failed to close the space and the attack failed to press.

Mexico Manuel Neuer Mesut Ozil Timo Werner Mats Hummels Germany vs Mexico, Match 10 Football 2018 FIFA World Cup
Get the latest updates on ICC Women's Cricket World Cup 2022 and IPL 2022, check out the Schedule , Live Score and IPL Points Table. Like us on Facebook or follow us on Twitter for more sports updates. You can also download the NDTV Cricket app for Android or iOS.