World Cup 2018: Germany Set To Be Without Mats Hummels Against Sweden

Chelsea's Antonio Ruediger would be the likely replacement for Hummels. 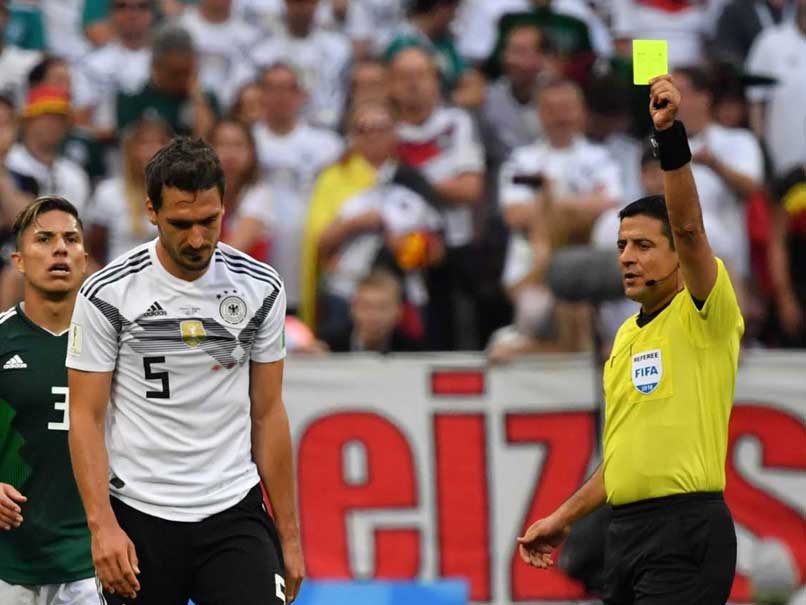 Germany are likely to be without centre-back Mats Hummels on Saturday.© AFP

Germany are likely to be without centre-back Mats Hummels in Saturday's crunch World Cup clash against Sweden, coach Joachim Loew said. "Mats Hummels will probably not be able to play. He somehow dislodged a vertebra in his neck yesterday and has not improved," Loew said at Friday's pre-game press conference. "There is still time, but when things like that happen you don't generally improve overnight." Chelsea's Antonio Ruediger would be the likely replacement for Hummels alongside Jerome Boateng in the heart of the German defence.

The defending world champions come into Saturday's game in Sochiwith their hopes of reaching the last 16 hanging by a thread after losing their opening match 1-0 against Mexico.

A defeat on Saturday could eliminate Loew's side, depending on the result of the day's other Group F game between Mexico and South Korea.

Germany Mats Hummels 2018 FIFA World Cup Football
Get the latest updates on ICC Women's Cricket World Cup 2022 and IPL 2022, check out the Schedule , Live Score and IPL Points Table. Like us on Facebook or follow us on Twitter for more sports updates. You can also download the NDTV Cricket app for Android or iOS.