Ozil, 29, is one of a group of senior players slammed for woeful performances in Russia. 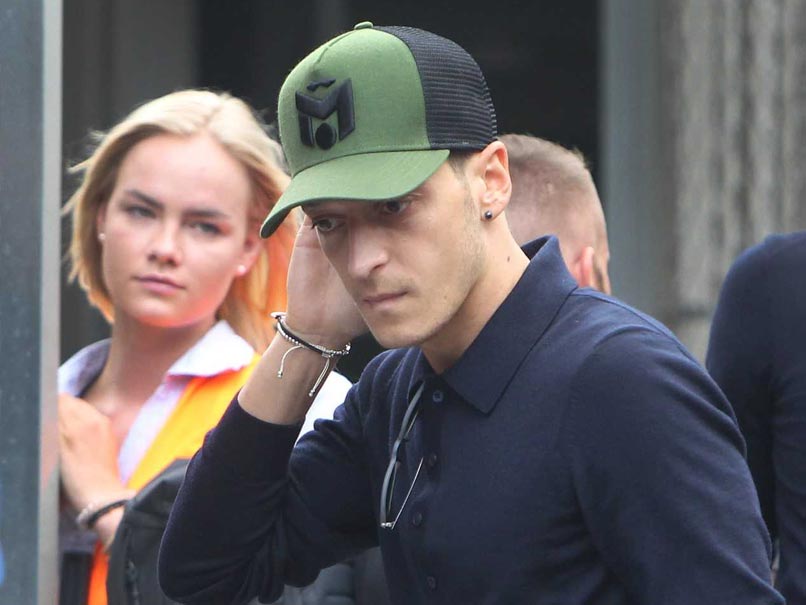 Ozil was slammed for woeful performances in Russia.© AFP

In the wake of their shock World Cup exit, Germany team boss Oliver Bierhoff has said Mesut Ozil should have been dropped over a pre-tournament scandal involving Turkey president Recep Tayyip Erdogan. Ozil, 29, is one of a group of senior players slammed for woeful performances in Russia as Germany finished bottom of their group to suffer a shock early exit. At the World Cup, the Arsenal midfielder refused to comment about a controversial meeting on the eve of the finals with Erdogan which sparked questions about his loyalty to Germany. Bierhoff admits it was a mistake to allow Ozil to stay silent as the controversy cast a shadow over the German camp.

"We have never compelled players in the German national team to do something, but always tried to convince them when it comes to certain things," Bierhoff, Germany's team director, told Friday's edition of Die Welt newspaper.

"We did not succeed with Mesut. And in that respect one would have had to consider whether to refrain from playing him."

Ozil and Ilkay Gundogan, who both have Turkish roots, were booed by German fans in pre-World cup friendlies after posing for pictures with Erdogan. Manchester City midfielder Gundoganpresented him with a signed club shirt on which he had written "to my president".

Gundogan denied the meeting was politically motivated, but Ozil refused to comment and was the only member of the 23-man squad allowed to miss a media day at Germany's pre-World Cup camp.

Bierhoff says he and head coach Joachim Loew should have seriously considered leaving Ozil out of the final squad for Russia.

"They fact that Mesut and Ilkay took the pictures did not bother the team so much, but the debate went on and, in retrospect, I would have tried to deal with this issue more decisively," admitted Bierhoff.

Ozil was slammed on social media for woeful World Cup displays in the shock group stage defeats to Mexico and South Korea having been dropped for the last-gasp win over Sweden.

Bierhoff says Ozil's silence was an issue "especially as we did not present ourselves as a team -- the energy that always made us strong was not there".

Ozil, who has made 92 appearances for Germany, could be one of a number of 2014 World Cup winners who have played their last international.

On Tuesday, Loew confirmed that he will remain as Germany's head coach.

Bierhoff, who is effectively the number two in the Germany setup, anticipates "profound changes" after the dismal campaign in Russia for which he said the entire squad should take "collective responsibility".

"The things which contributed to a 14-year successful track record must not simply be ignored, but it is clear that we need to put everything to the test, both personally and structurally," he added.

Bierhoff says Germany's management know they "gambled away credit" and have "registered" that fans feel alienated from the team. He said the team management take that feeling of alienation "very seriously".

Bierhoff says Loew will "sort out and reorganise everything. He will question everything, including our style of play. And then the question will arise as to which players we need."

Germany Mesut Ozil 2018 FIFA World Cup Football
Get the latest updates on ICC Women's Cricket World Cup 2022 and IPL 2022, check out the Schedule , Live Score and IPL Points Table. Like us on Facebook or follow us on Twitter for more sports updates. You can also download the NDTV Cricket app for Android or iOS.