Right after the goal, Belgium striker Michy Batshuayi was seen in the England goal mouth booting the ball in celebration. 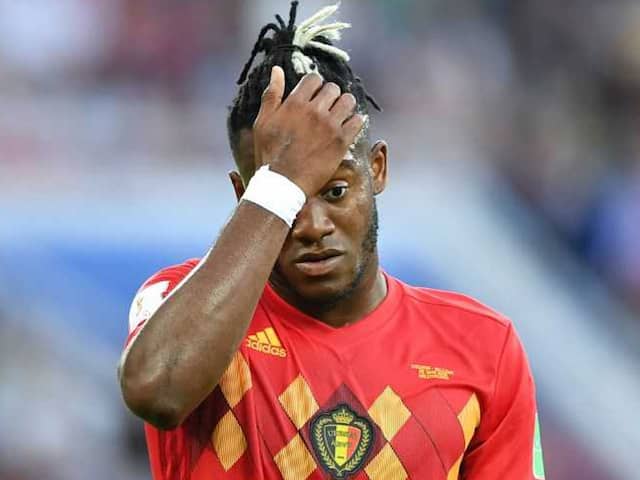 Belgium eked out a 1-0 win over England to finish top of the FIFA World Cup 2018 Group G. Former Manchester United winger Adnan Januzaj scored the only goal of the match to hand England their first defeat of World Cup 2018. However, there was an incident just after the Januzaj goal that had fans on social media platform Twitter going bananas. Januzaj scored with a sweetly-struck left-foot shot that gave England goalie Jordan Pickford no chance. Right after the goal, Belgium striker Michy Batshuayi was seen in the England goal mouth booting the ball in celebration. Unfortunately for the Chelsea forward, the ball rebounded off the post with some force and straight back at his face.

Fans on Twitter had a great time at the expense of Batshuayi.

The number of clips of Michy Batshuayi kicking himself in the head with a football I've seen in the past hour. Still not bored of it.

If Michy Batshuayi was my school senior, he tell me 'that' kick was on purpose....... and my friends & I would have believed him. #ENGBEL

The Chelsea striker was even trolled by his Belgian teammate Alex Witsel.

However, to the credit of Batshuayi, he reacted hilariously to the incident and saw the funny side to his embarrassing gaffe.

The second just before I knew I f*cked up #InternetUndefeated pic.twitter.com/wAf5Wt6QvK

Belgium's win over England means that the Red Devils go into the Round of 16 as Group G winners. They will face Japan for a place in the quarterfinals and having rested most of their stars in the England game, Belgium will be in buoyant mood ahead of the clash.

Japan are the last Asian representatives left in the Russia World Cup and reached the last 16 in somewhat fortuitous circumstances. Japan lost to Poland 0-1 in their final Group H match but progressed to the knockouts by having a better disciplinary record than Senegal.

Colombia's 1-0 win over Senegal meant the South American team topped Group H ahead of Japan, and will now face England in the Round of 16.

Adnan Januzaj 2018 FIFA World Cup England vs Belgium, Match 48 Football
Get the latest updates on IPL 2020, check out the IPL Schedule for 2020 and Indian Premier League (IPL) Cricket live score . Like us on Facebook or follow us on Twitter for more sports updates. You can also download the NDTV Cricket app for Android or iOS.